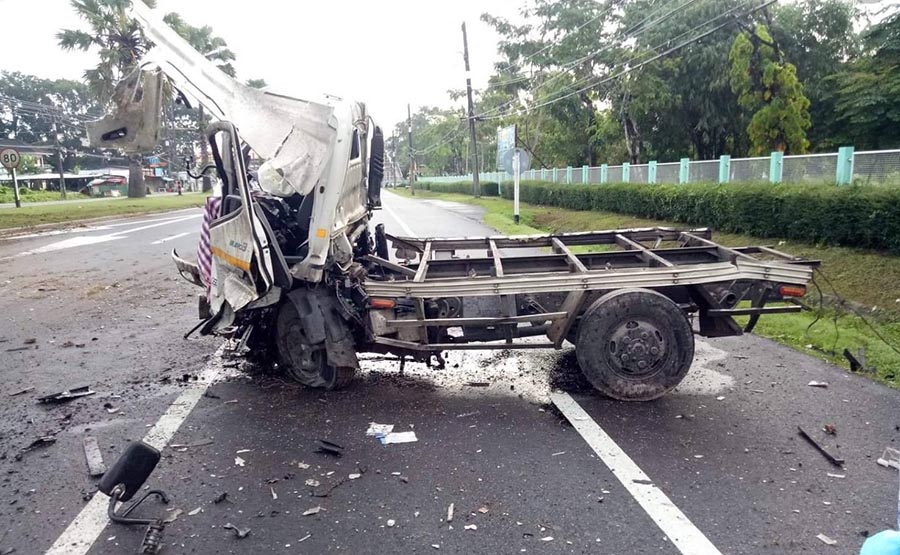 The driver of a truck which overturned in Thalang, north Phuket, on Thursday, was pronounced dead at the scene. According to a Phuket Express report, the container truck overturned as it was travelling southbound on Thep Kasattri Road at 6.20am yesterday.

Police and rescue workers arrived at the scene shortly after to find the container had been separated from the truck in the incident and a tree on the central reservation, along with a nearby road sign, had also been damaged. The driver has been named only as 34 year old Mr Sak and was pronounced dead at the scene, with his body transported to a nearby hospital.

According to the report, an unnamed person familiar with the situation says the driver was delivering goods to a mall in Phuket Town from neighbouring Krabi province. It’s understood a tyre on his truck exploded, causing him to lose control of the vehicle. The truck then ploughed into a tree before the container split off and the driver was thrown out of the vehicle. Police are also checking CCTV footage from the scene as part of their investigation into the cause of the accident.