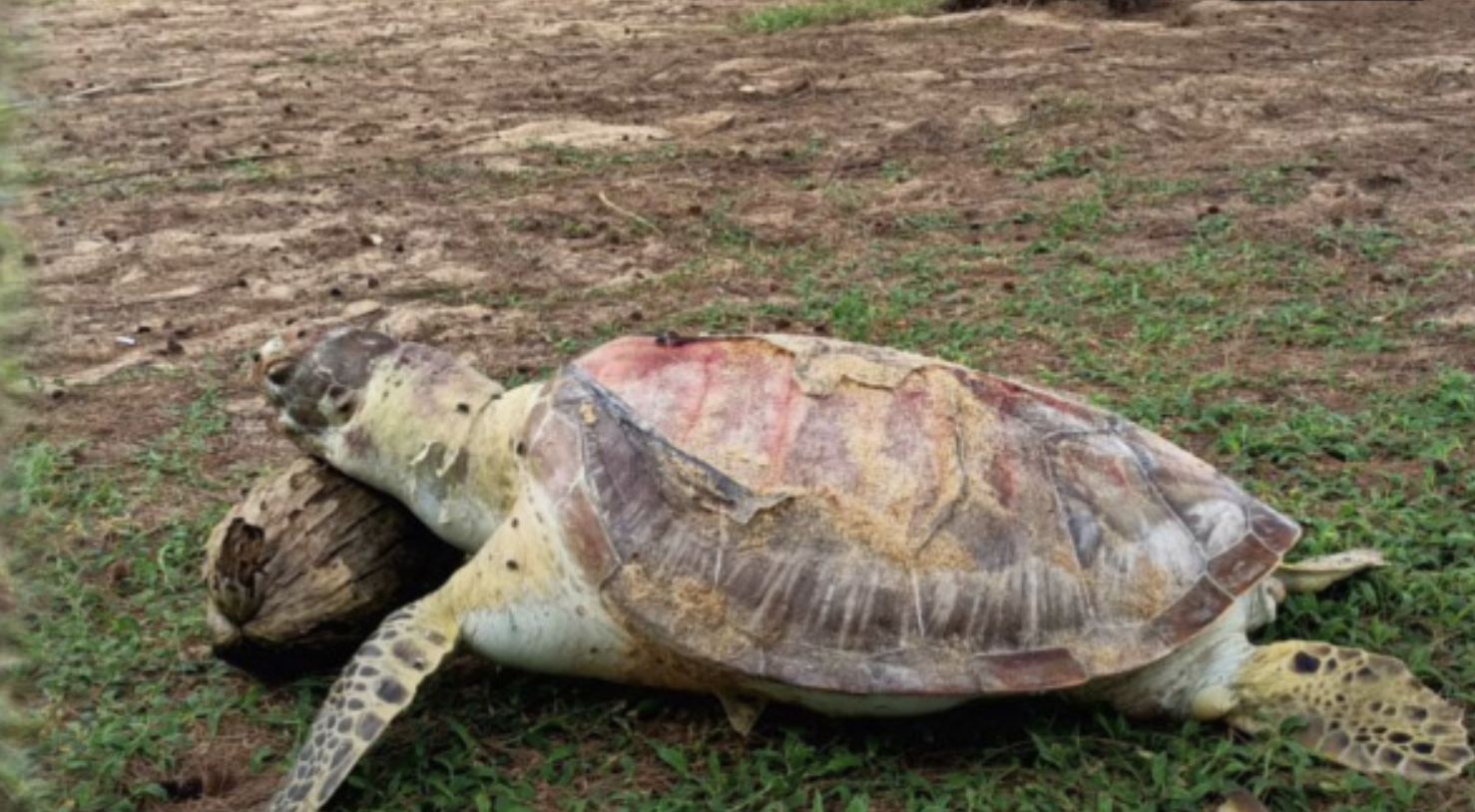 As happens occasionally, another sea turtle has washed up onto Phuket’s shores. This time the Dead Sea turtle was found with plastic lodged in its mouth. The turtle washed up on Phuket’s northern Mai Khao Beach. Seas have been quite rough with the south west monsoon kicking up large waves along Phuket’s west coast over the past week.

Duty lifeguards reported the grisly find to the Mai Khao village chief. They reported that the large Hawksbill sea turtle carcass had washed up on the beach. They also reported that why found plastic bags blocking its mouth and stuck in its throat. The sea turtle is assumed to have died from asphyxiation or starvation due to the blockage of the floating plastic bag.

By the time the lifeguards had found the turtle it had already decomposed so it’s assumed that the carcass had been beached for a number of days before it was found.

Later on the same day a baby Hawksbill sea turtle washed up near the same spot on the northern beach. Due to the strong waves over the past week, the young turtle was quite weak, so marine rangers took it to the national park’s sea turtle nursery for a check and allow it to recover before being returned to the sea.

Hawksbill turtles are listed as a Critically Endangered Species by the International Union for Conservation of Nature. Plastic waste, ghost fishing, coastal development and climate change continue to threaten the species’ existence. Each year thousands of turtles are injured or killed by fishing equipment.

The hawksbill sea turtle (Eretmochelys imbricata) is a critically endangered sea turtle belonging to the family Cheloniidae. It is the only extant species in the genus Eretmochelys. The species has a worldwide distribution, with Atlantic and Indo-Pacific subspecies. The hawksbill’s appearance is similar to that of other marine turtles. In general, it has a flattened body shape, a protective carapace, and flipper-like limbs, adapted for swimming in the open ocean – Wikipedia