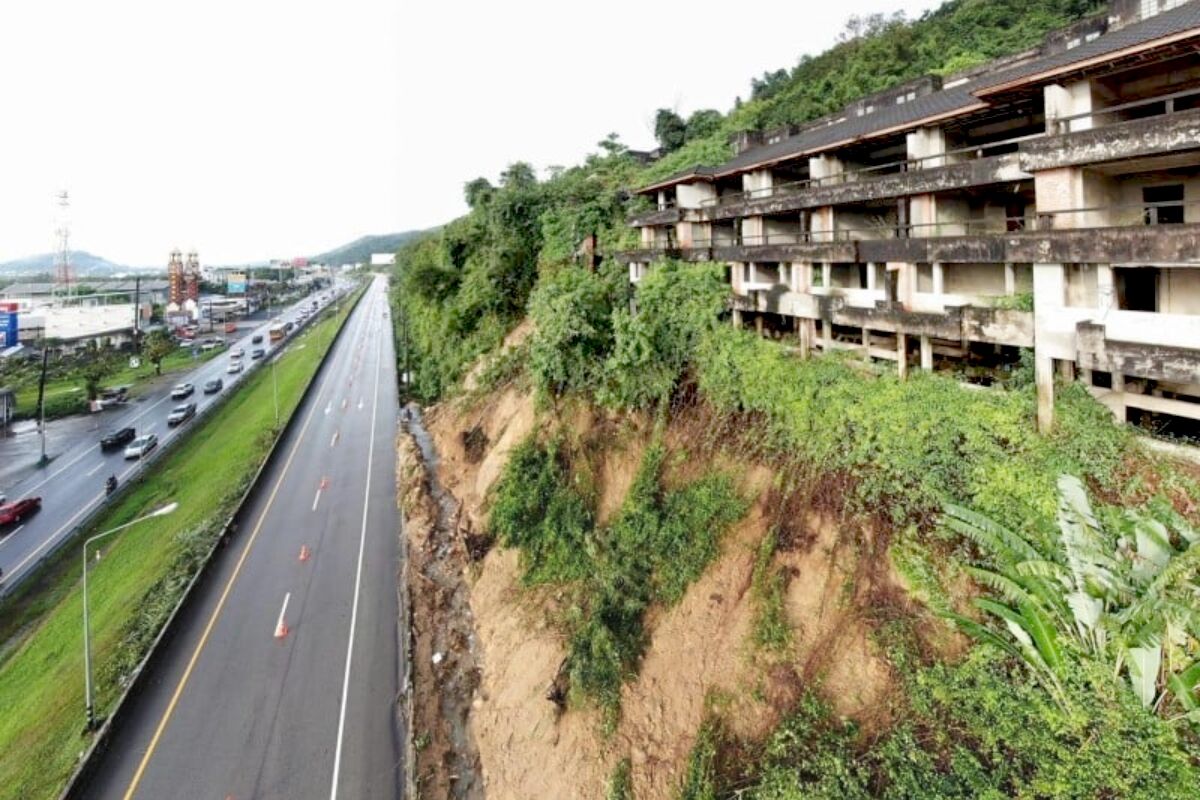 A traffic diversion for north-bound traffic continues today as teams move in to start the demolition process of an abandoned hotel which is in danger of cascading down onto the busy highway after foundation soil washed away in the torrential rain of Saturday night, October 16.

Phuket’s Bypass Road is one of several major thoroughfares that continue to be either closed, or with significant detours or delays due to a fear of more landslides.

The 30 year old abandoned hotel was never used as a business and the ownership remains a mystery.

Phuket’s Governor Narong Woonciew told media that the demolition works will start today and visited the site to meet with the contractor.

“The demolishment is expected to be done within 15 days. After that the road will be ready to open for road users.” 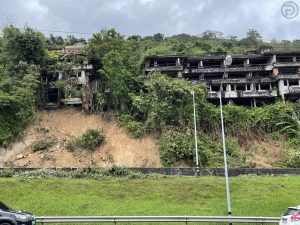 The building is teetering, close to the road and the foundation cement pillars are now in clear view after the heavy rains washed much of the sandy soil away, creating a landslide with ended up across two lanes of the By Pass Road.

“The contract has confirmed that there will be no structures falling during the demolishment.”

Meanwhile, another landslide has blocked a whole lane in Rassada, near Phuket Town, which caused traffic chaos yesterday.

And work continues to try and find alternatives to the Patong Hill road which partially collapsed down the hill 9 days ago. There are several dirt tracks’ which officials are hoping to turn into useable roads in the next few weeks to provide access for locals from the eastside of the hill into Patong. 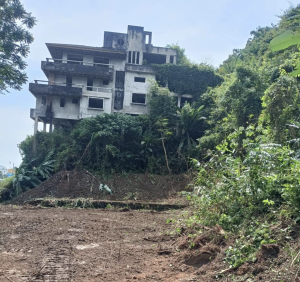 In this article:abandoned hotel, By Pass Road, demolition, landslide