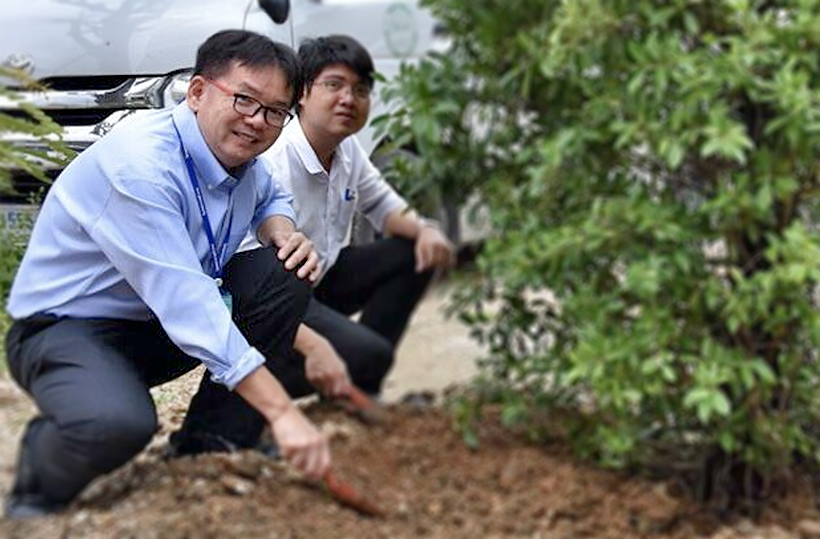 Thais are mourning the loss of Dr. Surasit Pong Laohaphan or Doctor Toh. The 55 years old Thai specialist doctor at the northern Lampang Hospital, who died earlier this week trying to save the life of a drowning British tourist on Phuket’s Kata Beach, is being called a hero for his actions.

The incident happened on July 14.

Doctor Toh rushed to the rescue a British tourist who got into difficulty whilst swimming in stormy seas on his honeymoon. Witnesses say the doctor had been relaxing on the beach before he rushed into the water to try and help. But he, too, would be sept under by the strong waves and currents.

33 year old Ali Mohammed Mian had ignored red flags and gone swimming in the monsoonal surf. There were red flags posted along all Phuket’s west coast beaches for the day. He was then swept under by the powerful and choppy waves. Lifeguards on duty at the Kata Beach appeared to be slow to act and were unable to intervene to save either of the men.

Doctor Toh is now being remembered for his dedication and sacrificing his own life to try to save the British tourist.

His colleagues at Lampang hospital in northern Thailand say he was “kind-hearted, friendly and outgoing with everyone”.

The doctor’s funeral was held yesterday. His body is being transferred to Chiang Mai University for research.

“The sound of waves, splashing. Looking beyond the horizon. There is a sea every time, but this time there is no you.”

Phuket’s lifeguards have been in a perpetual contractual argument with Phuket’s provincial government for the past decade. Whilst the number of tourists visiting Phuket continued to increase every year up to 2019, successive governors have tried to slash the budget for the beach lifeguards.

In 2018 the provincial office tried to handball the responsibility of the contracts to local Thesabans (councils). The result has been a patchwork of funding and a lack of cohesive training or provision of services along Phuket’s popular west coast beaches.