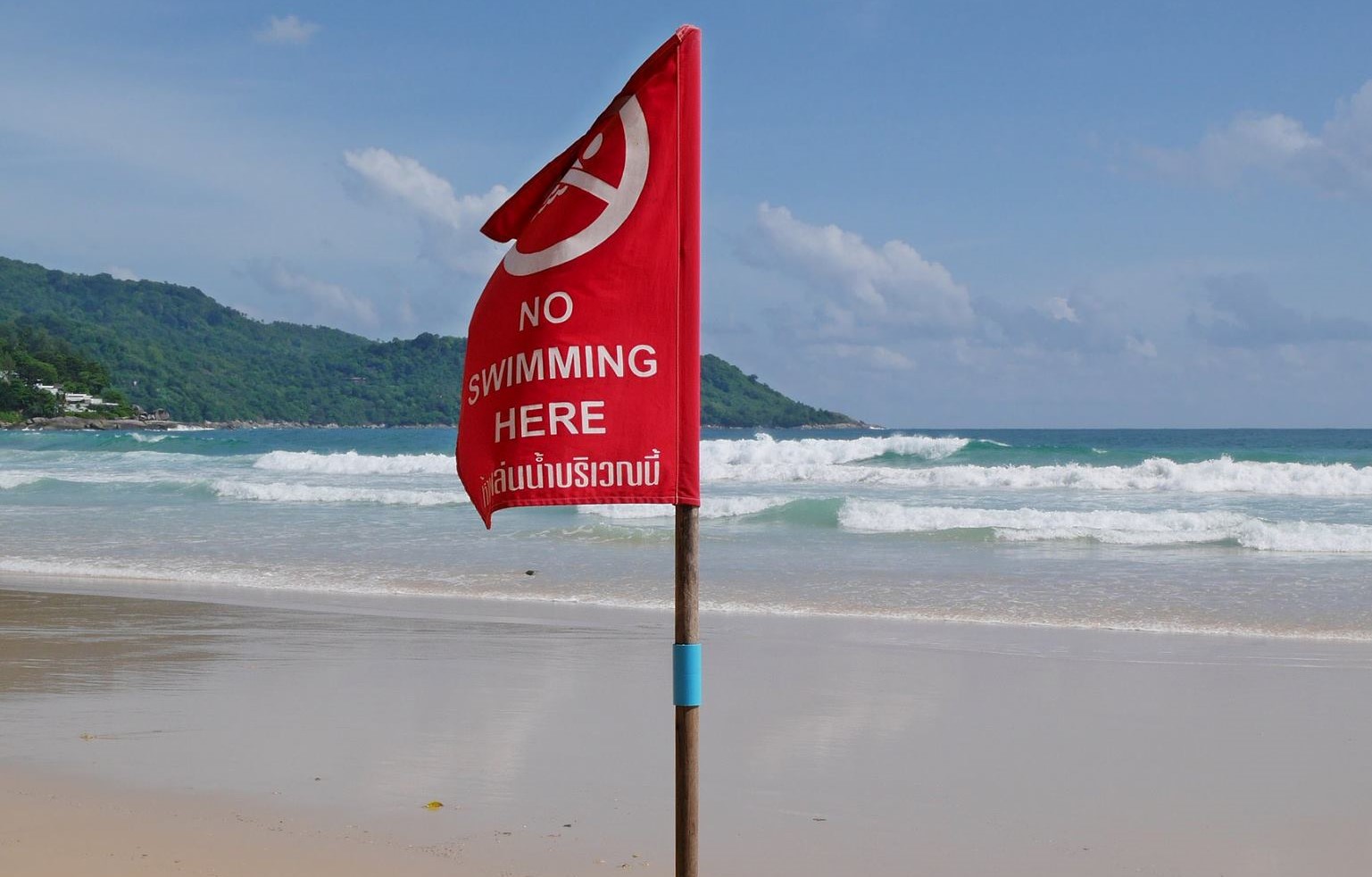 A Thai man and a British tourist have both drowned at Kata Beach, Phuket, after the Thai man tried to save the tourist from the rough seas after the tourist got into difficulty. It’s understood the British man, who had ignored the red flags on the beach and entered the surf, was on his honeymoon.

According to a Phuket Express report, emergency workers were called to Kata Noi Beach at around 5pm yesterday. They arrived to find lifeguards had pulled two men from the water. One was a 34 year old British tourist, who has been named as Ali Mohammed Mian, and the other was a 55 year old Thai tourist, named as Surasit Pongaohapan. Both men were rushed to hospital but were pronounced dead on arrival.

Eakkachai Siri from the Phuket Tourist Police says the British man was on his honeymoon.

“The British tourist arrived in Phuket on July 9 with his wife on their honeymoon trip. They checked-in at their hotel in Karon on July 12. The Thai tourist was with his wife and son. They checked-in at a hotel in Karon yesterday (July 14). The British tourist was struggling in the waves while the Thai tourist who was nearby in the water tried to help him. Both of them were hit by multiple consecutive large waves and went underwater. Lifeguards entered the ocean before pulling the men out.”

According to Eakkachai, red flags and warning signs had been placed along the beach.

“There are 4 lifeguards on the 850 metre Kata Noi Beach patrolling every day. Yesterday, red flags and no swimming signs were placed along the beach due to strong waves. Lifeguards warned both men not to go swimming but they refused and still went into the water.”

This latest tragedy follows an incident on Koh Chang 2 days ago, when 2 foreign tourists drowned after going swimming at a beach where red flags had also been erected.

The authorities continue to warn the public about following the advice of relevant agencies and not to swim in areas with red flags or during rough weather.