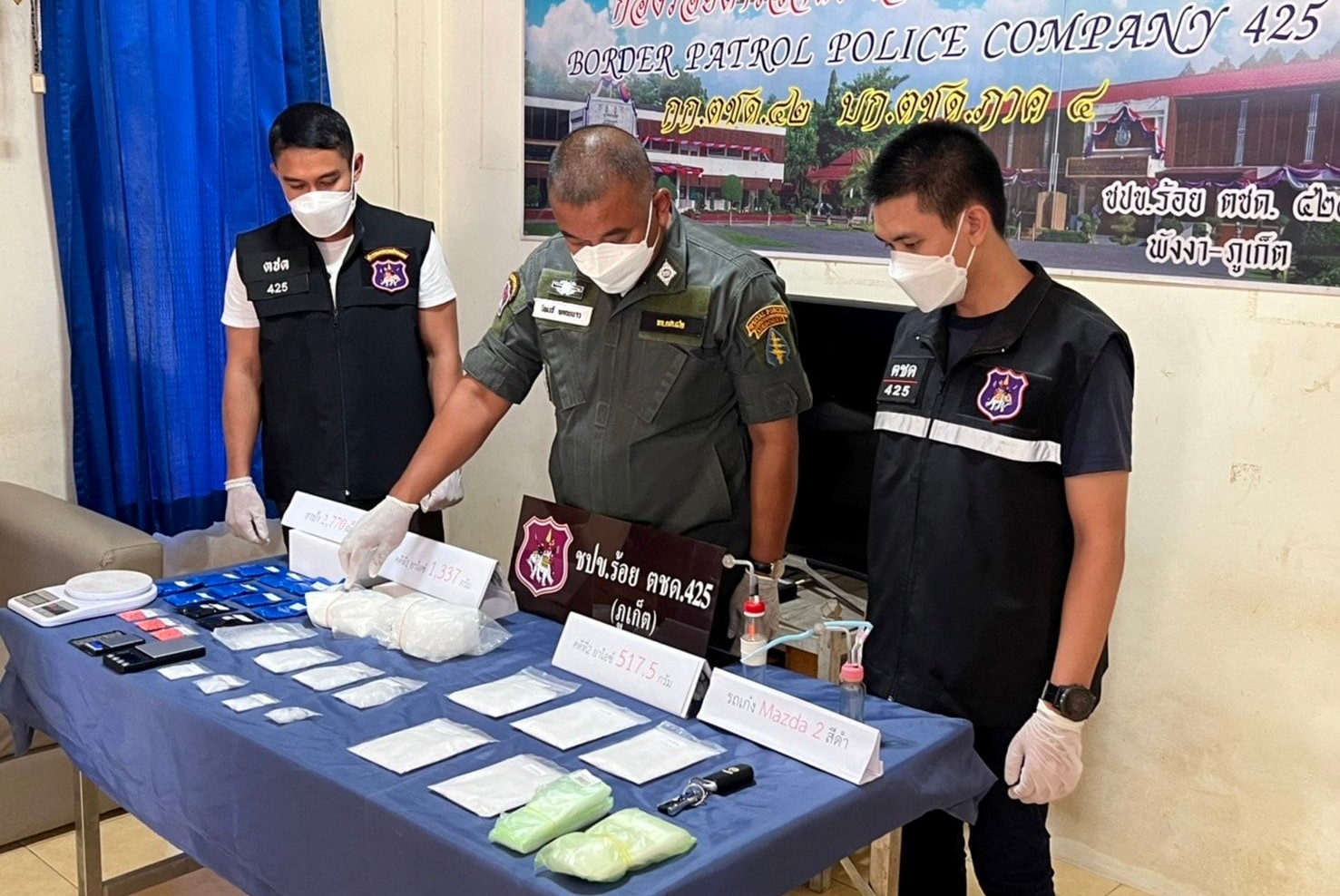 Police in Phuket have arrested a 32 year old man on drugs offences, seizing 1.29 kilograms of crystal meth and over 2,000 methamphetamine pills in the process. The Phuket Express reports that Eakksachai “Gueng” Paesophon was arrested on Sakdidet Road in the sub-district of Wichit, south of Phuket Town.

Officers from the Border Patrol Police confiscated a total of 1,293 grams of crystal meth (aka. ‘ice’) and 2,770 methamphetamine pills (aka. ‘yaba’). Police were acting on a tip-off that the suspect was selling drugs in Phuket Town. It’s alleged he belongs to a drug network active in a number of other provinces and overseen by a larger drug dealer.

The suspect has confessed to receiving 20,000 baht each time he transported drugs, admitting to having done so 3 times previously. He faces charges of illegal possession of Category 1 drugs with intent to sell.