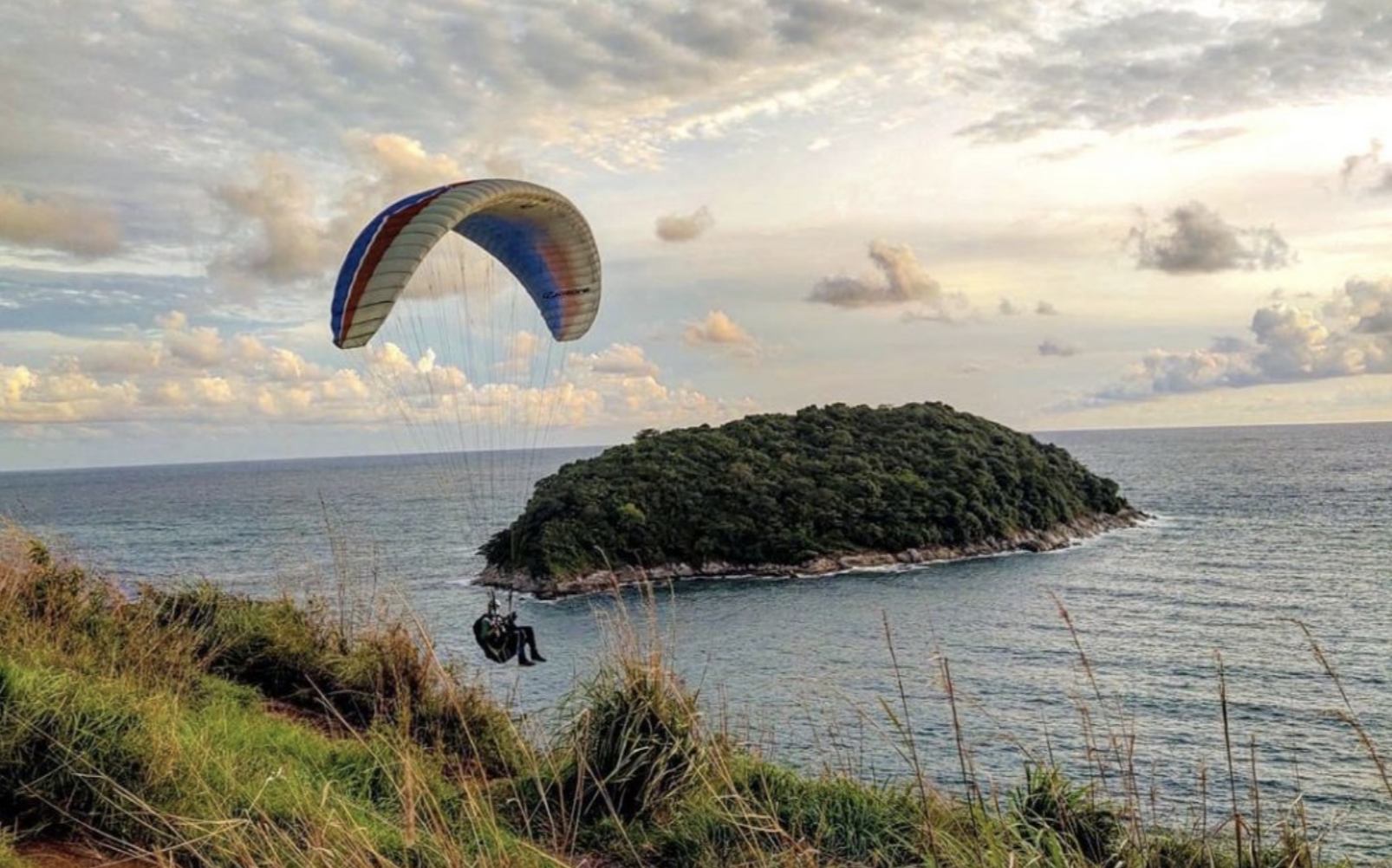 A 78 year old foreign national has been seriously injured after falling while paragliding at a popular lookout point in the very south of the island, near Phromthep Cape. According to a Phuket Express report, the man fell while paragliding at Khao Dang View Point, commonly known as Windmill Viewpoint, overlooking Nai Harn Beach.

It’s understood there was a strong onshore wind at the time of the incident. Rescue workers from Rawai Municipality say the man sustained a broken right arm and injuries to his right leg and hip and was rushed to a nearby hospital for treatment. It’s not known if the injured man is an expat or a tourist and his name and nationality have not been released. It’s also not known if he was paragliding through a company or business or whether he was doing so alone.

Officials from Rawai Municipality have issued repeated warnings about the dangers of paragliding in the area where the incident occurred. However, they claim people refuse to listen and adventure-seekers continue to use the area for paragliding and other flying activities.

At 78 he would be one of the oldest paragliding enthusiasts we’ve ever heard of!