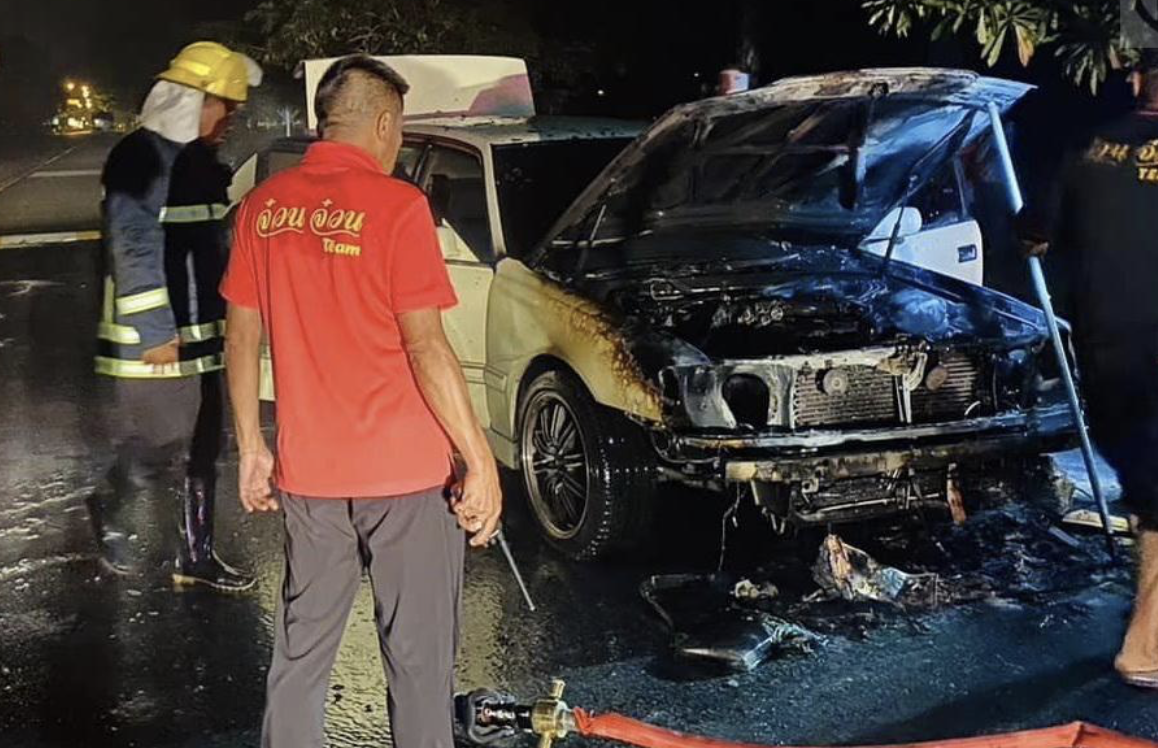 A fire has destroyed an expat’s car in Koh Kaew. Local Koh Kaew emergency responders headed to the scene on 3013 Road (the back road from Kathu to Koh Kaew) to find the car engulfed in flames.

Firefighters took 10 minutes to bring the bring under control. The car was totalled, but the driver was able to escape before the fire engulfed the car. The name or nationality of the foreign driver has not been released by police at this time.

Investigations are ongoing into the cause of the car bursting into flames.

A foreigner was also involved when a 69 year old male Polish rider died after crashing his motorbike into a taxi.

Emergency responders attended the incident just before 6pm in Kamala on Wednesday. When they arrived they found the damaged taxi and the the 45 year old taxi driver waiting at the scene for law enforcement. The polish rider had severe head injuries and was rushed to hospital but was declared dead when he arrived.

Phuket, including parts of Patong, were deluged with heavy rain on both Tuesday and Wednesday nights when heavy rains more localised flooding to some of Phuket’s roads.

In this article:British International School, car on fire, fire in Phuket, Koh Kaew