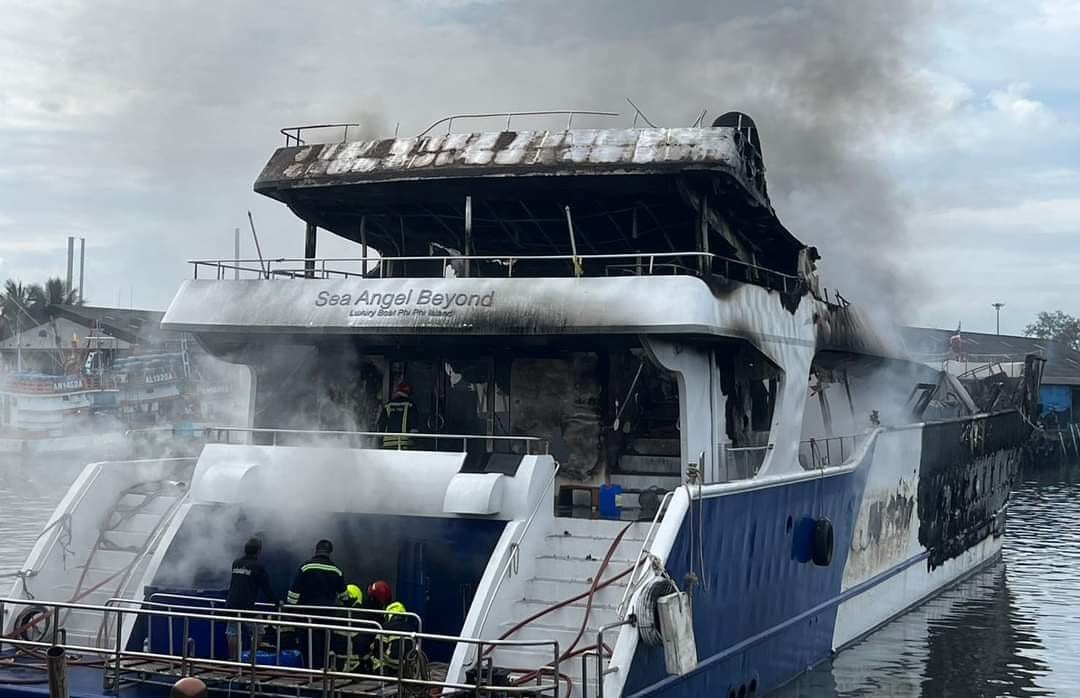 In estimations are continuing into the cause of a fire that engulfed a Phuket ferry yesterday morning.

A huge passenger ferry was badly damaged after a fire broke out onboard while it was moored at a pier on Koh Sirae in the channel between Ratsada and Koh Sirae. According to a Phuket Express report, the fire broke out at the front of the Sea Angel Beyond before spreading to the back of the vessel.

Officials from the Department of Disaster Prevention and Mitigation Phuket were notified of the fire in the sub-district of Rassada at around 6am yesterday morning (other media reported the fire as occurring at 7.30am). On arrival at the scene, firefighters found the vessel heavily ablaze and it took around an hour to extinguish the fire.

It’s understood the ferry has a capacity of 490 passengers. It had just undergone repair work and was to be used to transfer passengers between Phuket and Koh Phi Phi. However, it was not yet operating a scheduled service.

According to the report, nobody was injured in the blaze, which is believed to have started in the captain’s cabin, as a result of an electrical short circuit. However, an official investigation is being carried out by forensic officers and the Phuket Marine Office, in order to confirm the exact cause of the fire.