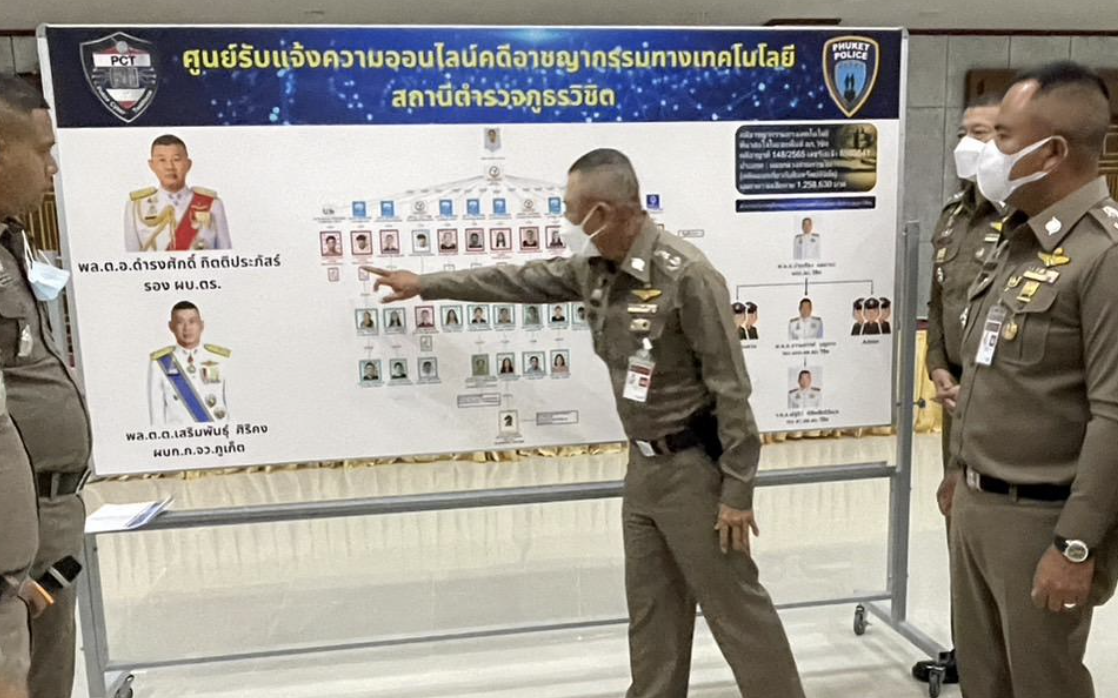 Four suspects were arrested in Phuket yesterday over alleged involvement in an online “investment” scam.

Region 8 Police Station police in Wichit, south of Phuket Town, report that eight warrants were issued for arrests over the matter. Lieutenant General Amphon reported that the damages are over 1.2 million baht.

“Eight arrest warrants have been issued and four suspects so far were arrested in the Wichit sub-district, Mueang City district. The cost of damage is 1,258,630 Baht from online investment scams.”

Police are calling for anyone who has become a victim, or has any further knowledge, of these scams relating to online personal investment, to contact the Region 8 police at pctpolice.go.th, or call 1441 or 081 866 3000

At this stage, the names on the warrants and the arrested people, along with details of the alleged scam, have not yet been provided by police.