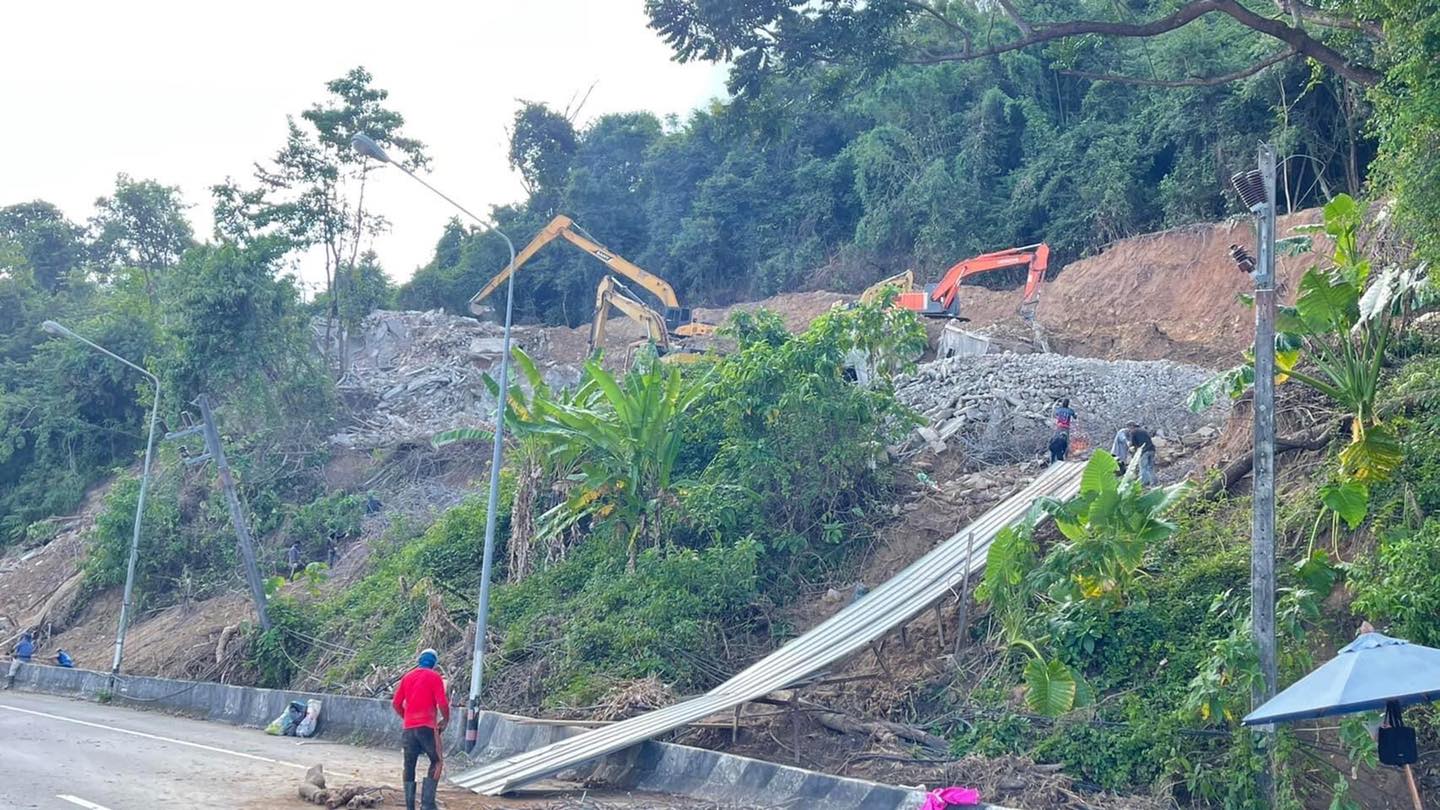 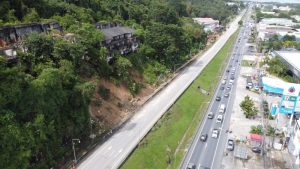 Now. The mysterious, but abandoned hotel overlooking the By Pass Road in Phuket is gone. The demolition is now complete and authorities are hoping to get the northbound lanes open for traffic in the next few days. All traffic, in both directions, has been funnelled into the southbound lanes since the northbound lanes were closed due to the possibility of the collapse of the building onto the road below.

Since the October rains washed away much of the supporting foundation soil, local officials deemed the building in danger of imminent collapse and proceeded to issue an immediate demolition order. The history of the building is mired in local folklore – not much is really known about the abandoned hotel. But the building has been abandoned for well over a decade.

The demolition has been swift, taking less than the scheduled 2 weeks. The remnants of the concrete and demolished materials are now being removed from the property before authorities decide to declare the By Pass Road ready to reopen in both directions.

Traffic snarls, particularly at peak times, has delayed movement, in both directions, for up to half an hour in recent weeks.

In this article:abandoned hotel, By Pass Road, demolition, Phuket hotel