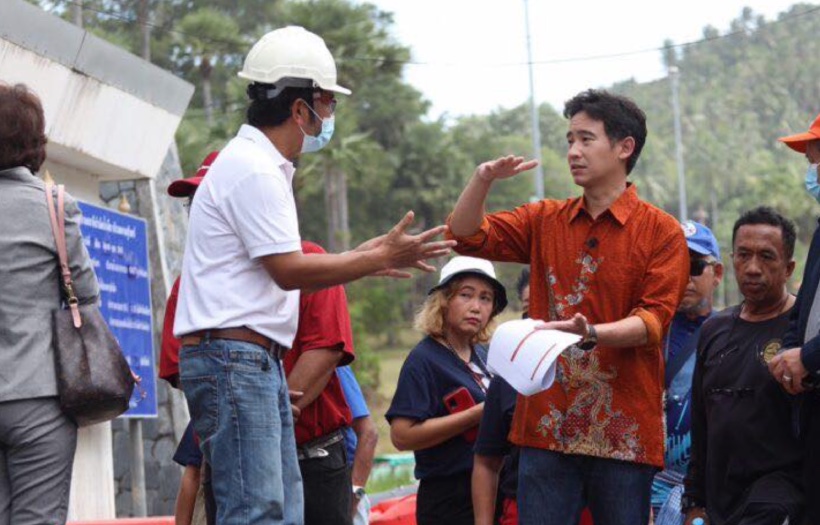 There must be an election in the air…

The head of the opposition Move Forward, Pita Limjaroenrat, led his team to visit Phuket to search for a model to develop projects and infrastructure across the country. Move Forward is the reincarnation of the Future Forward Party that contested the last general election in 2019, receiving the third largest number of votes and surprising Thai politics with its first contested election. The Future Forward party was later barred by the Constitutional Court.

Pita Limjaroenrat is a Thai businessman and politician who is currently serving as the leader of the Move Forward Party, the de facto successor to the dissolved Future Forward Party – Wikipedia

Pita said that the situation in Phuket has changed from what he experienced before he started his career in politics. The tourism sector, that is the heart of Phuket’s economy, has been about 90% missing during the Covid-19 pandemic, while the prices of palm and rubber (staple crops on Phuket) also dropped and when the prices raised again, the tourism industry was then affected by geopolitical problems – the Russia – Ukraine war, inflation and recession –  while Phuket’s fishermen are still affected by the marine law adjustments that stemmed from the National Council for Peace and Order (the NCPO that seized power in a military coup in 2014).

“That is why we need to think about how Phuket will develop; from tin mine and fishing to tourism industry, what will be Phuket Next.”

He said he had an opportunity to go to Cherngtalay Sub-District Administration Organisation, which is the local municipality that cooperates with the government. He said that he sees developing projects that are simple yet advanced enough that can improve people’s living. For example, the boat garage project in Cherngtalay, which will help more than 100 local fishermen.

Another project in Cherngtalay that he mentioned is drinkable tap water that the party is cooperating with.

“The water will be safe under a proper standard and chemical free.”

He also gave an update that the administration already found a water source and they are checking for water quality and developing the water supply system.

Apart from the speech, Pita and his team also visited Tha Sak community and played volleyball with the children in the community, surveyed the Kung Bay’s ecology by boat, and chatted to locals about the construction of a new Marina Pier that may damage marine ecology and sea life. He also visited and listened to the problems of the homeless people network of Phuket.

He noted that developing people sustainably is the answer to Phuket Next and said that the south part of Thailand is still challenging for the party but he believes the people are open-minded to listen to their future plans. 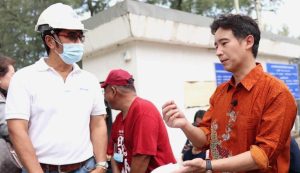