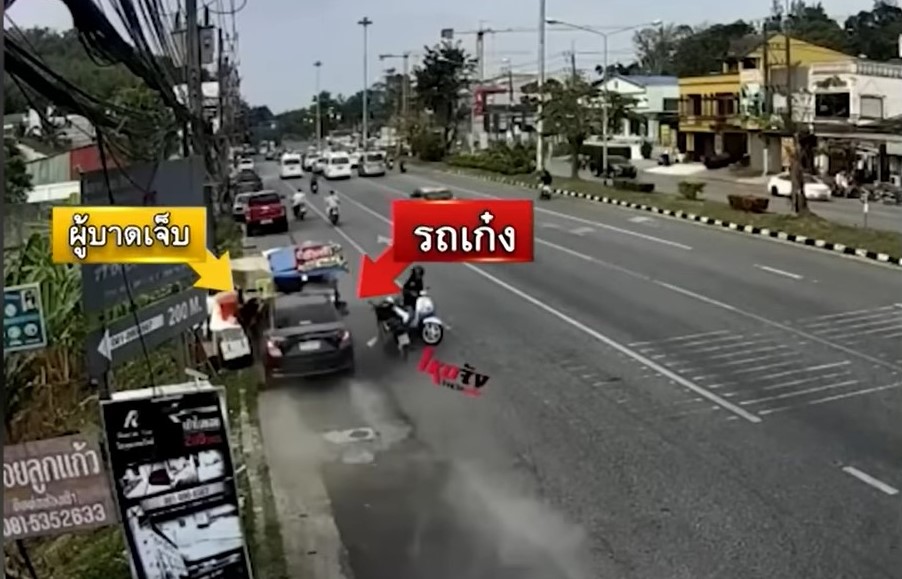 A driver from Hong Kong has crashed her sedan into a papaya salad vendor in the sub-district of Koh Kaew, north of Phuket Town. The Phuket Express reports that the incident happened on the northbound lane of Thep Kassattri Road.

No injuries were reported in the incident but police arrived at the scene to find a damaged car, 2 motorbikes, and a motorbike sidecar. There was also food scattered across the road. The report names the driver of the car as 27 year old Chung Nga Lee, from Hong Kong. It’s understood Ms Lee told police that she lost control of the car, but it’s not clear how.

CCTV footage from the area shows the woman’s car driving into the motorbike and sidecar being used by the papaya salad, or somtam, vendor. The sedan also struck 2 other motorbikes that were nearby.

The somtam seller, named as 42 year old Ladda Chuaysang, was not injured in the incident. A customer who was waiting for his order and has been named as 54 year old Sayan Seesai also managed to escape injury.