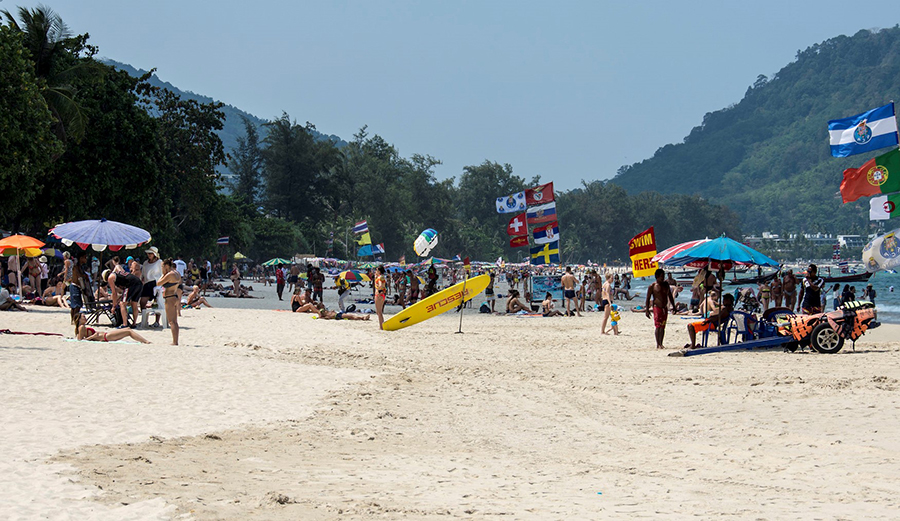 Things are looking up for Phuket and the forthcoming high season, according to hospitality consultants, C9 Hotelworks. A report in TTR Weekly claims that since Thailand lifted nearly all of its travel restrictions, travellers are returning, “with the number increasing all the time”. During the first half of this year, Phuket welcomed 1.78 million visitors, up 34% on the same period in 2021.

“The first quarter of the year was dominated by European travellers, followed by Asian tourists in the second quarter.”

The rise in foreign travellers has greatly benefited Phuket’s hotel sector, which was decimated during the 2 years of the Covid-19 pandemic, with many properties forced to shut their doors for good. However, things are finally looking up, with hotel occupancy at around 31.5% during the first half of the year, an increase of over 5% on the same period last year.

Demand has been highest at the island’s west coast hotels, with the beaches being a popular destination with tourists. From the end of next month, through to March of next year, an increase in international flights, as well as winter charter schedules, is expected to bring more foreign visitors to our shores.

The island’s recovery is expected to continue into next year, albeit at a moderate pace, hindered by China’s ongoing zero-Covid policy and fewer airline seats being available to Russian travellers this winter.