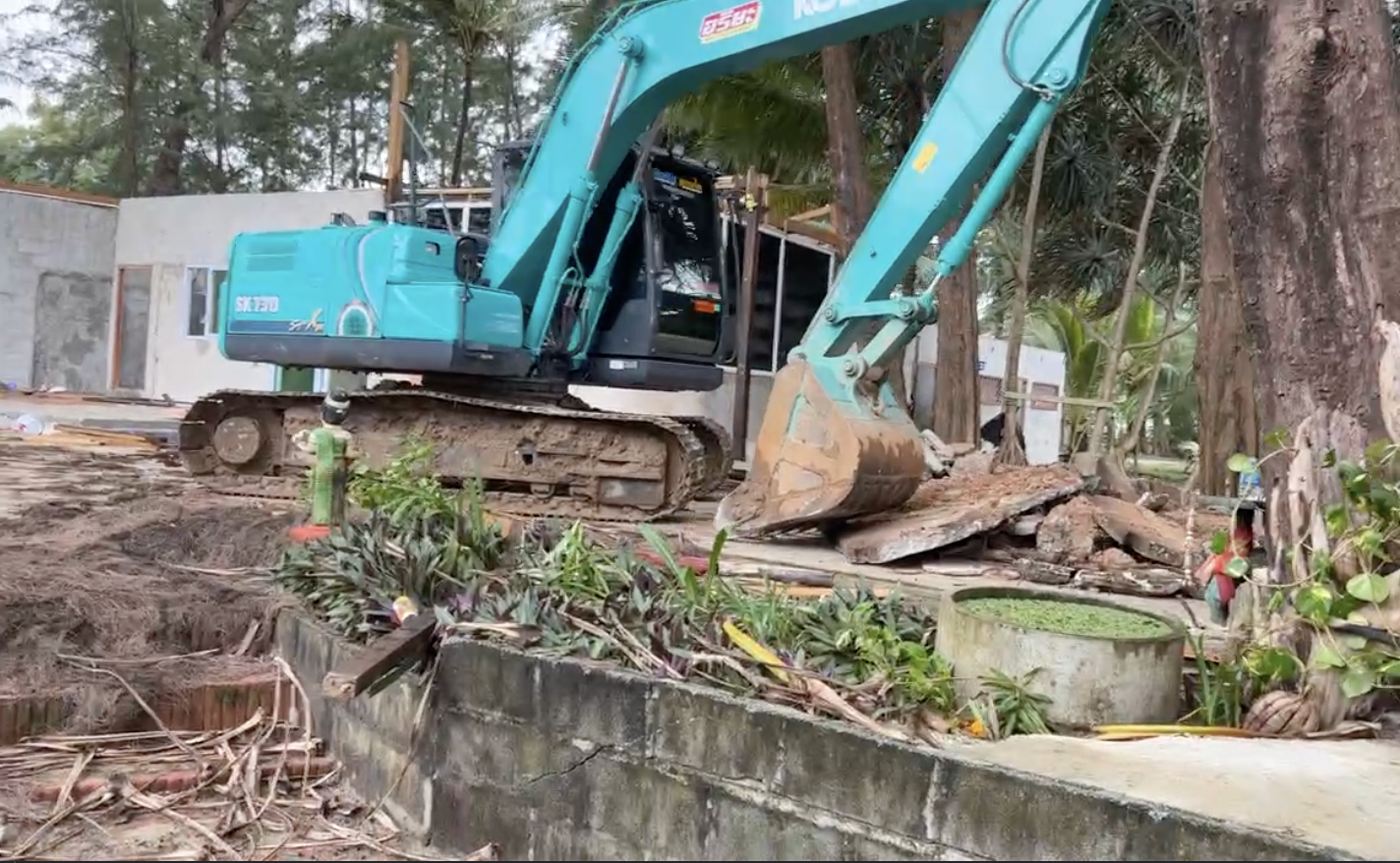 After years of prevarication, court cases and earlier promises of demolition, the illegal structures along the 178 rai stretch of Phuket’s Layan and Le Phang beaches have finally been removed. Dramatically.

The long-running encroachment case has been dragging on for 40 years, involving successive administrations on the island, the Department of Special Investigations, lawyers, the Provincial Court, and finally the Supreme Court.

Some of the ‘tenants’ have made a comfortable living, in some cases becoming lucrative restaurant favourites for the locals and tourists.

Four key companies, who established quite elaborate restaurants, bars and coffee shops along the beaches in the Cherngtalay subdistrict, have been fighting the case since they were first given notice of their encroachment on the state land since 1984. 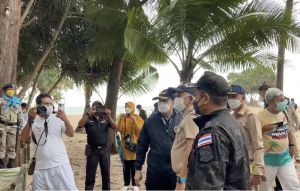 At that time the Thalang District Office notified the ‘owners’ that they would have to vacate and remove any structures.

On September 12 this year the Supreme Court finally ruled that the coastal stretch is public land owned by the state. Thailand’s highest court issued final demolition orders to remove all structures before September 30.

They didn’t. So yesterday morning Cherngtalay sub-district officials brought bulldozers, diggers and trucks to remove the buildings for them.

There were no protests or interruptions from the people that been trading illegally, in some cases, for decades. They realised their legal fight was over. 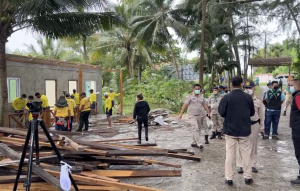 The sub-districts claims they have put aside a budget of 90 million baht to turn the prime coastal stretch into a beachside public park.

Similar promises were made in April 2016 when officials rolled into Surin Beach where a thriving restaurant and nightclub scene had moved in over the years and established a popular stretch of Phuket dining and nightlife – all illegal as well.

Many subsequent promises were made to establish a park honouring the Thai King (who had visited Surin Beach in March 1959).

The park never happened and Surin Beach has just gone back to its pre-development days with a muddy track and parking areas stretched along the beach.

Watch video from Phuket Hotnews of the demolition HERE.