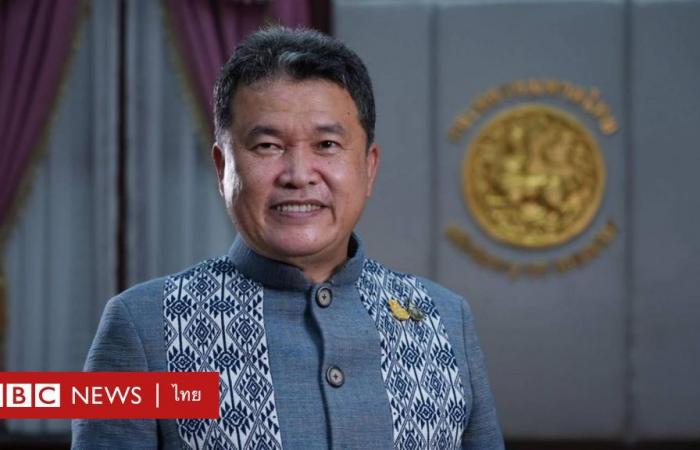 Thailand’s Interior Permanent Secretary has upset Phuket officials, and organisers of the bid for the “Specialised Expo 2028”, by making comments about the provinces garbage disposal and environmental management.

“Phuket has failed in the protection and management of the environment and in promoting awareness of the climate change issue.”

A local lawyer is so upset about the comments, he’s also organising a protest against Suttipong Juljarern. Chaiyot Punyawai, president of the Phuket Lawyers Association, says Suttipong has “tarnished the reputation of Phuket”.

“Suttipong should have treated the people in Phuket with more respect and dignity and should not have denigrated the province or its people.

Three political candidates for this year’s election – from the Move Forward Party – have also issued an open letter urging Thailand’s Interior Minister Anupong Paochinda to dismiss Suttipong from his post as the permanent secretary.

Suttipong also made allegedly negative remarks about the island at a meeting of executives last week. For that he’s received “widespread criticism” on social media for allegedly insulting and humiliating an official in the presence of several others (not actually a crime). That meeting was live-streamed on Zoom.

The student club of the Political Science faculty at Chulalongkorn University has “demanded his resignation” as president of the association of the faculty’s alumni over, what they are describing as, “dehumanising of the official”.

Phuket has put in a bid to host the “Specialised Expo 2028”, up against more fancied candidates in the USA (in Minnesota), Serbia (in Belgrade), Spain (in Malaga) and Argentina (in San Carlos de Bariloche).

The final vote of 170 BIE member countries to select the host destination will take place in June 2023, on the principle of one country, one vote.