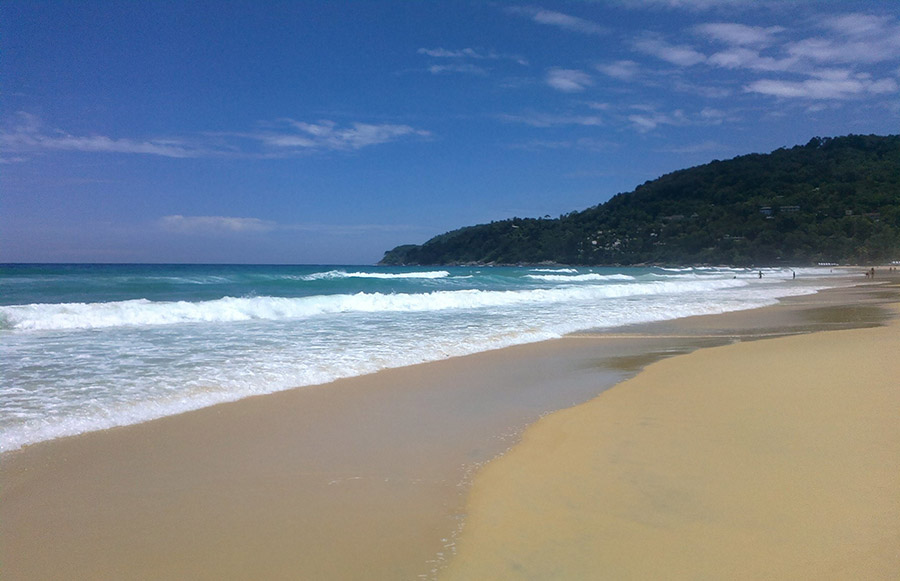 Authorities are still investigating the cause of a drowning in Phuket over the weekend. The man drowned in an area that had, at the time, generally fine and calm conditions for swimmers.

A Russian tourist drowned while swimming at Karon Beach on Phuket’s west coast on Sunday. The Phuket Express reports that the 60 year old man was on holiday in Phuket. He has been named as Vladimir Kharitonov. The man had checked into a hotel at Karon Beach with his wife on November 9. The couple was due to check out on November 22.

According to his wife, 60 year old Marina Kharitonov, the couple entered the water at Karon Beach together. The wife then returned to the beach. When she went back into the sea, she found her husband floating in the water.

Eakkchai Siri from the Phuket Tourist Police says a lifeguard notified rescue workers from Karon Municipality, who arrived on the scene to find the man’s unconscious body on the beach. The Russian national was rushed to hospital but was pronounced dead on arrival.

According to Eakkchai, the area where the man was swimming is considered safe, with no rip currents. Lifeguards on the beach have speculated that he may have suffered a health problem or fainted prior to drowning.

Weather conditions over the weekend had, generally, easterly airflow over the island so the waves were not large along the west coast.