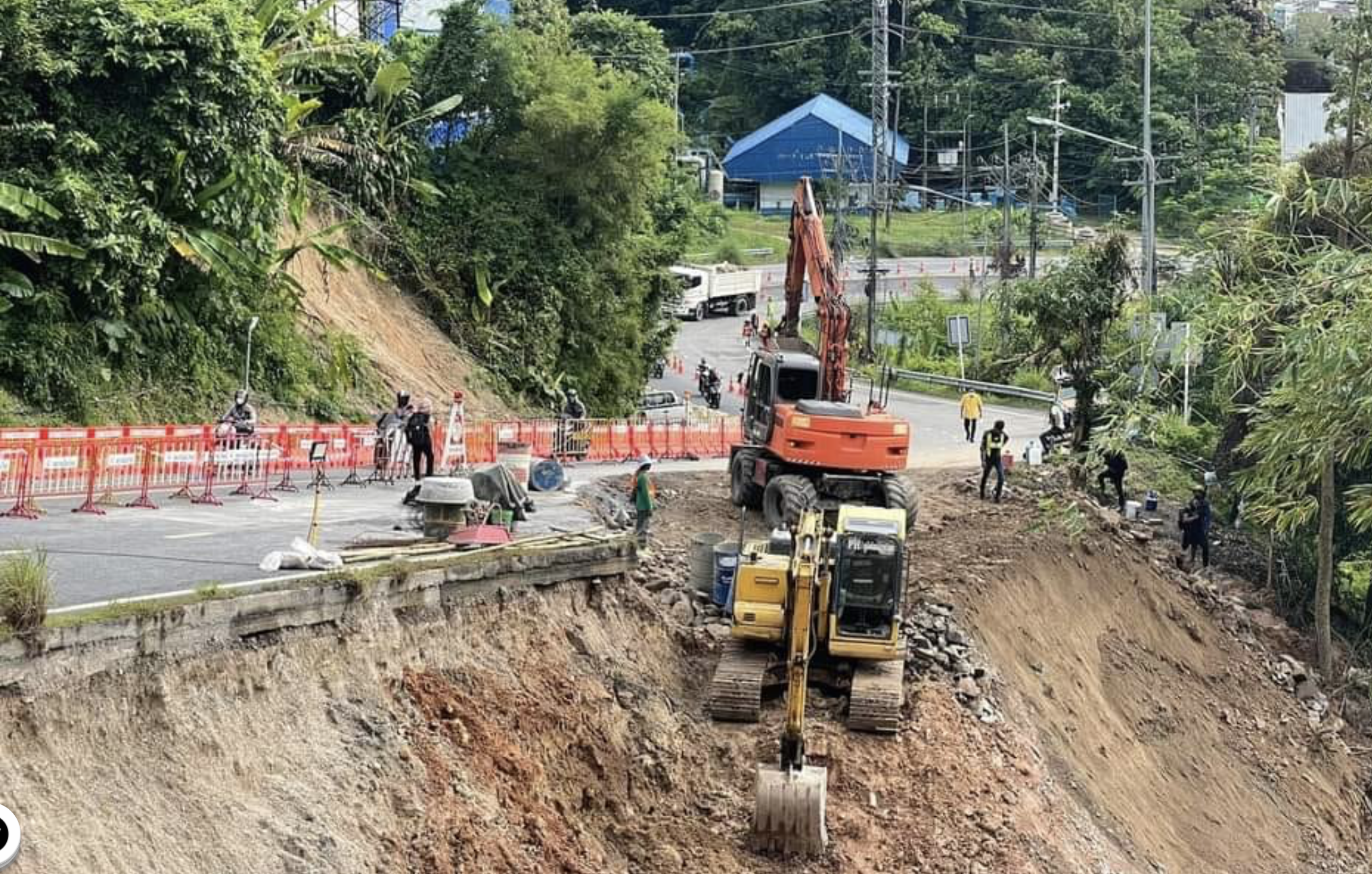 Repairs to the damaged Patong Hill road are taking longer than the original “2 week” optimistic projection uttered by the Phuket Governor in the days following the collapse.

Island officials, earlier hopeful that repairs could be made by mid-December, now admit that a full repair will take a lot longer than originally envisaged.

After, firstly, pedestrian traffic was allowed, then motorcycles, then vehicles travelling from Patong to Kathu, then vehicles in both directions, the route for vehicles uphill from Kathu was closed again on Friday.

For around 36 hours cars, pickups and even fully loaded passenger vans, were allowed to travel in both directions up the damaged hill road before the decision was made again to close the Patong-bound traffic lanes to vehicles. The two lanes of traffic to cars and small vehicles ended up causing long trail-backs in both directions as commuters rushed to re-use the Patong Hill road again.

Police notified authorities that new cracks were starting to appear again, and existing cracks were continuing to widen with the additional traffic.

Engineers have explained that the repairs now need to include widening of the original road, removing some of the steeper sections and dangerous, sharp curves. 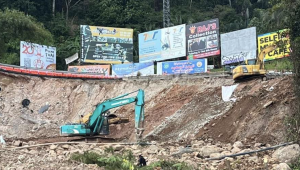 Meanwhile, at alternative “private” route, starting from behind the Tiger Kingdom and making its way up an alternative route, to rejoin Patong Hill road at the hilltop temple, is looking to open sometime this week.

The 3 kilometre-long alternative route has been coordinated by the Patong Development Foundation, which has been able to attract donations of just over 2 million baht.

The Founder of the Foundation, and head of Patong’s Poison Group, Prab Keesin, is still calling for more donations to fund the road. The budget for the private track was announced to be 12.4 million baht when the project was announced at the start of November.

There is also an alternative road being constructed, from Chalong and over the southern end of the Patong Hill, which is also moving ahead. Officials say that it’s around “73% complete”.

The Provincial Administrative Office has since confirmed that the new road will become a permanent fixture, although parts of the new road pass through protected forest areas.