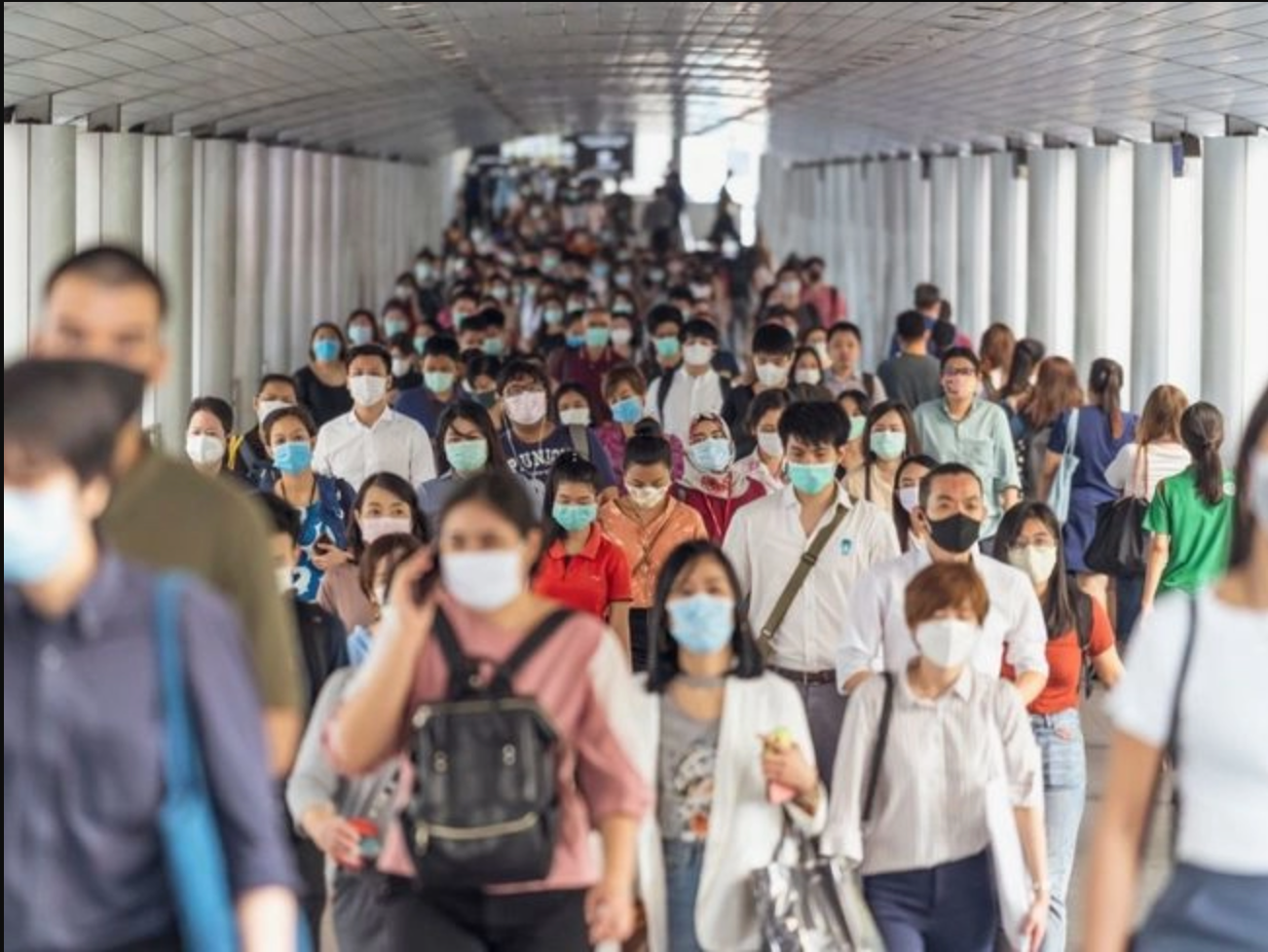 From July 1, it will no longer be mandatory to wear a mask outdoors on Phuket, or in the rest of the country, provided the area is not crowded. Following last Friday’s meeting of the Centre for Covid-19 Situation Administration, spokesman Dr. Taweesilp Visanuyothin has confirmed the easing of the outdoor mask mandate, but says people in high-risk groups should continue to wear them.

In confirming the easing of the mask mandate, the CCSA stated that it does not apply in crowded outdoor spaces where people are unable to practice social distancing. This includes outdoor events attended by large numbers of people, as well as crowded outdoor markets. The mask mandate remains in place for all indoor spaces, apart from when people are eating, drinking, or exercising.

Another big change coming into effect on July 1 of course, is the cancellation of the Thailand Pass. Foreign visitors to Phuket and other parts of the country no longer need to apply for the Thailand Pass or show evidence of Covid-19 insurance, although this measure is still recommended. They will, however, still be required to show proof of vaccination, with unvaccinated visitors required to show a negative result from a professionally-administered antigen test. Travellers unable to provide this will be subject to antigen testing on arrival in the kingdom.

The CCSA has also confirmed that Thailand’s nightlife can extend its opening hours to 2.00am, although it’s understood this will only apply in certain areas and the details have yet to be confirmed. It’s also been reported that Phuket and the other 76 provinces will become “green” zones, allowing nightlife to re-open everywhere. In addition, the CCSA has stated that temperature checks will no longer be required at venues on Phuket and elsewhere in Thailand, but the practice could remain in “high-risk” venues.

So, from July 1… NO masks outdoors, NO Thailand Pass, NO compulsory USD$10,000 insurance, NO TM6 immigration form.