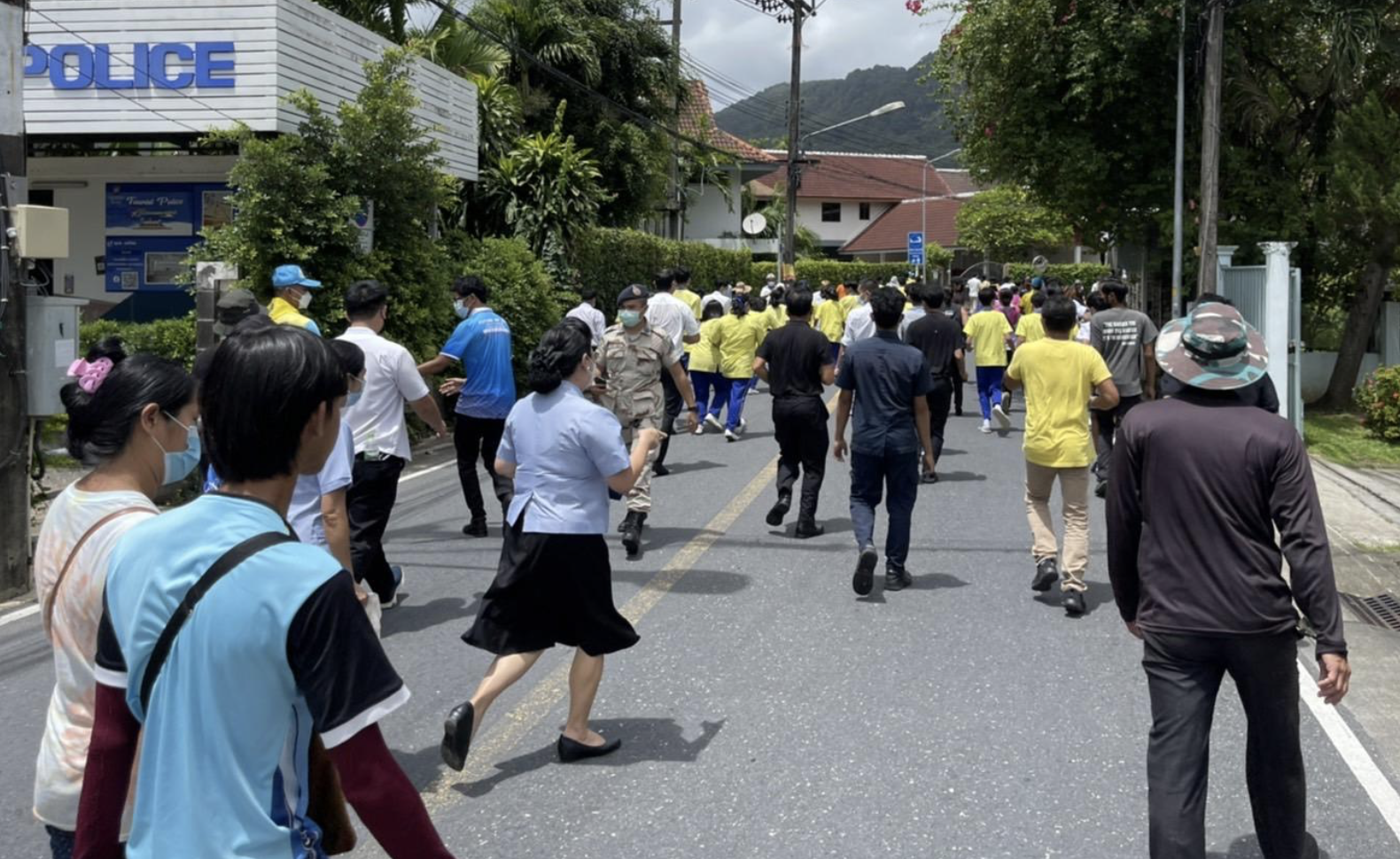 After five tsunami drills around Phuket in July, Kamala residents had their own tsunami evacuation drill. Yesterday’s tsunami drill was held, involving local residents, students and government employees joining in the emergency drill at Kamala Beach.

Phuket officials declared the five tsunami evacuation drills around the island on July 20 “a success”. The drills were held in 4 locations on the island, with hundreds of locals participating. However, alerts were not issued by all 19 warning towers on the island as officials expressed concern about potentially alarming tourists who may not have been aware of the drills.

The staging of the tsunami exercises was mostly for local consumption after many Thai locals expressed concern following highly publicised ‘tremors’ in the Nicobar and Andaman Islands, about 500 kilometres north west of Phuket, at the start of the month.

The small earthquakes were never any threat or a danger of tsunamis but Phuket officials decided to run the exercises to help allay fears.

The July 20 drills took place at Saphan Hin, Karon, Nai Yang and Ao Yon – only one of them a potential threat from a real tsunami that would come in from the Indian Ocean and hit the west-cast beaches. Most beaches along the west coast were seriously impacted by the devastating tsunami on Boxing Day 2004.

“We have to prepare and be ready for any situation. The drill yesterday started from a Table Top Exercise before the evacuation.”

“This evacuation drill was successful. In the future we might do the drill at night time too as more tourists are coming in the high season. Hotel operators and tourists will be invited to join in the evacuation drill.”

The 2004 tsunami was the first, and only, recorded tsunami along Thailand’s Andaman coastline.

Read more about the extremely unlikely chance of another tsunami in Phuket HERE.