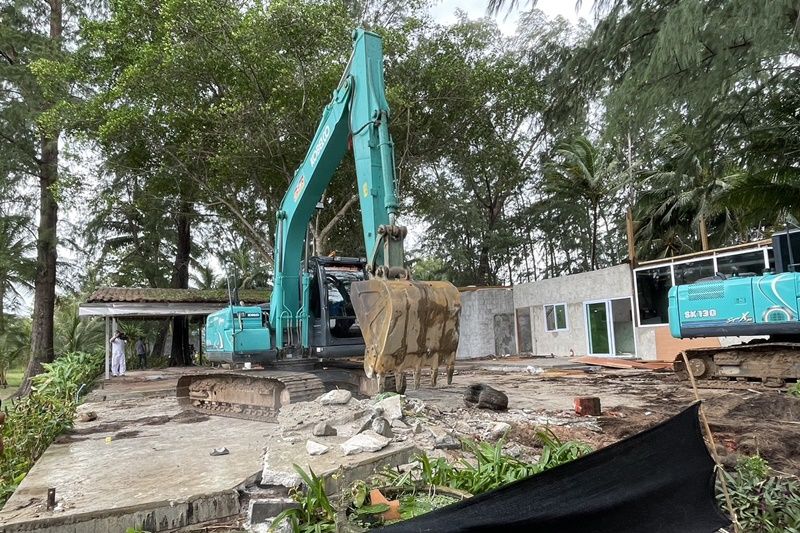 The long-running saga of the illegal beach bars and restaurants at Layan Beach, fronting much of the Laguna development, is now over after officials finally removed signs put up by illegal squatters and ‘tenants’.

The signs read… “This plot of land is in dispute pending a lawsuit between the private sector and government officials. It is a black civil case Number 189/2020 of the Phuket Provincial Court”.

The encroachment cases finally concluded in September when local officials, assisted by the army, demolished the remaining private businesses. Some of them had been operating illegally on the beach land for more than a decade. Many attempts and long court cases had been unable to budge some of the more stubborn ‘squatters’ who have been making big profits from running their businesses on the ‘state’ land.

But yesterday officials removed the signs that were erected to try and prolong the whole legal process.

The Department of Special Investigations served evictions back in 2017 after Thailand’s Supreme Court decision on the ownership issues. Several of the ‘owners’ and ‘lesees’ had been in battle with provincial courts and then the Supreme Court over alleged titles.

But a final eviction notice, issued on September 12, issued by the Supreme Court gave officials the ammunition to act and moved to demolish all the illegal properties at the end of September.

At this stage officials have not commented on recovering income made from the illegal use of the land over recent decades.

Google Maps still includes some listings and positioning of some of the later commercial additions to the Layan beachfront.

The local OrBorTor says they will now reclaim the land, return it to its pristine condition and decide on a future use for public use. 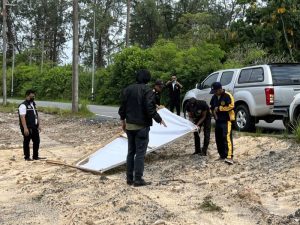