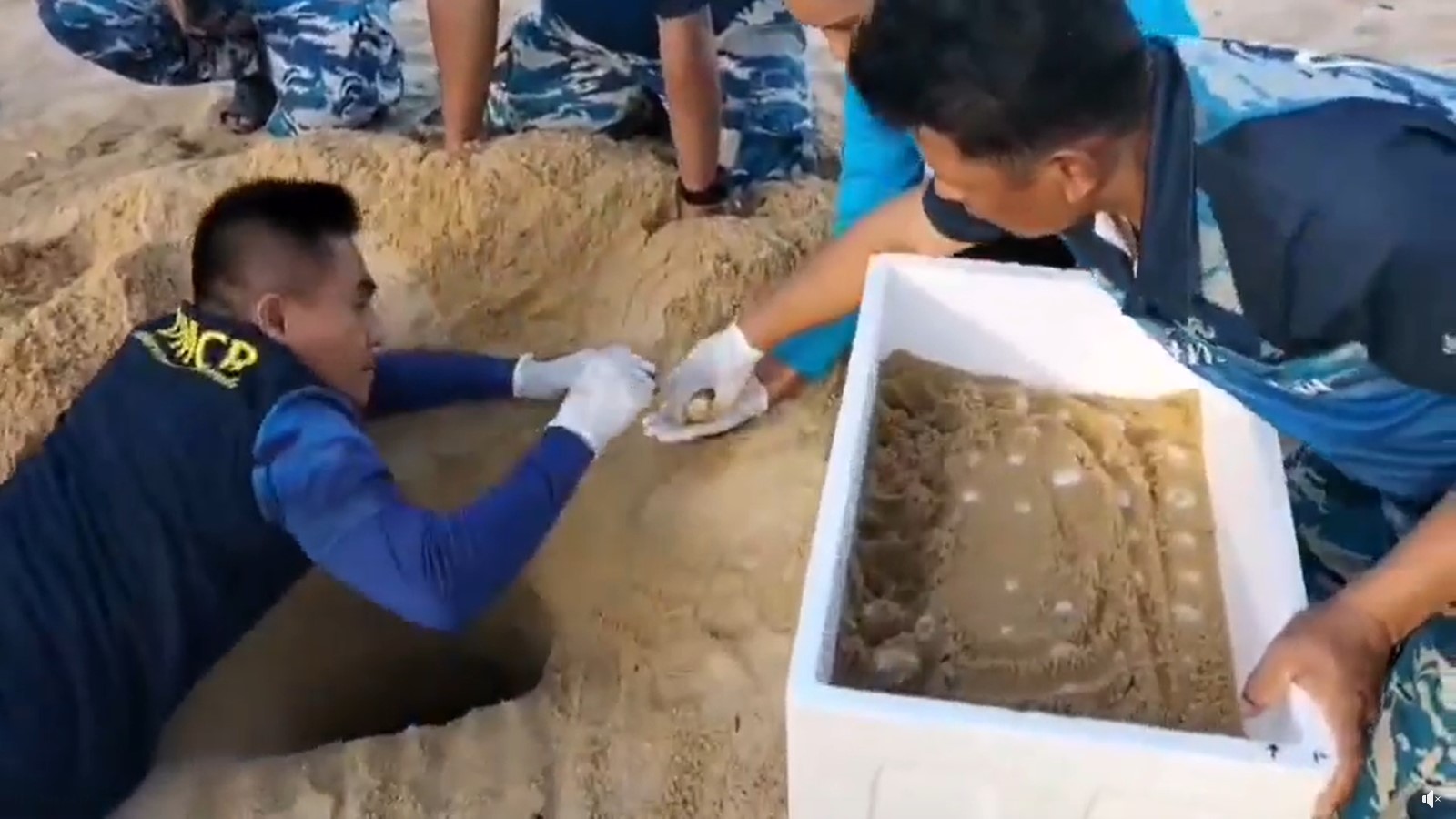 ‘Tis the season of leatherback turtles along parts of the Andaman coastline. The Department of Marine and Coastal Resources has confirmed that a third leatherback sea turtle nest has been found on a beach in Phang Nga in recent weeks. The finding follows a report from a local resident that a leather sea turtle was laying eggs on Na Klua Beach in the district of Takua Thong.

On visiting the beach, DMCR officials found the nest, which contained 139 eggs, of which 119 were fertile. The area is 900 metres from the location where another 2 sea turtle nests were recently found.

The Phuket Express reports that all 3 nests have been relocated to a safer area while DMCR officials wait for them to hatch. This is expected to happen in around 60 days.