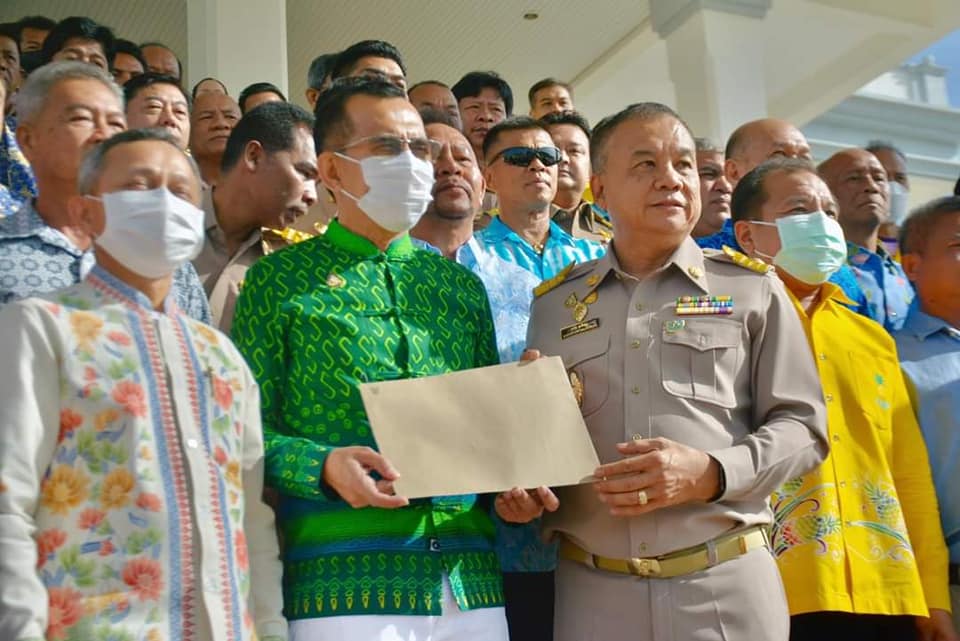 Phuket officials assembled at City Hall at the Provincial Office in Phuket Town yesterday to submit a letter to the Thai PM, confirming the island’s readiness to host the 2028 Specialised Expo. The group included representatives from 19 local administrative organisations, who’d put their name to a letter addressed to PM Prayut Chan-o-cha.

According to a Nation Thailand report, deputy governors Amnuay Pinsuwan and Anuphab Rodkwan both accepted the letter and told the group it would be forwarded to the PM.

The letter was presented in response to recent comments by Interior Ministry permanent secretary Suttipong Juljarern, which had angered Phuket residents and officials alike. Suttipong had claimed the island was not ready to host an event such as the 2028 Expo and should withdraw its bid to do so because of alleged problems with rubbish removal and environment concerns.

In response, Rewat Areerob from the Phuket Provincial Administration Organisation says the island’s officials and communities have been working together for several months to ensure Phuket is ready to host the international event.

“We submitted the letter because we wanted those in high positions to understand our dedication and readiness to host the 2028 Specialised Expo.”

Rewat added that local residents were disappointed to hear a fellow Thai, particularly one in such a senior government role, making such disparaging comments about Phuket.

Specialised Expos usually take place between World Expos and are held in response to specific challenges facing humanity. In January 2022, Cabinet approved a budget of 4.18 billion baht for the 2028 event to be held in Thailand. Phuket’s bid to host it was officially submitted in Paris last June, under the theme “Future of Life: Living in Harmony, Sharing Prosperity”.

The island is competing with the US, Argentina, Serbia, and Spain to host the event. The Bureau of International Exposition will announce the chosen country in June of this year.