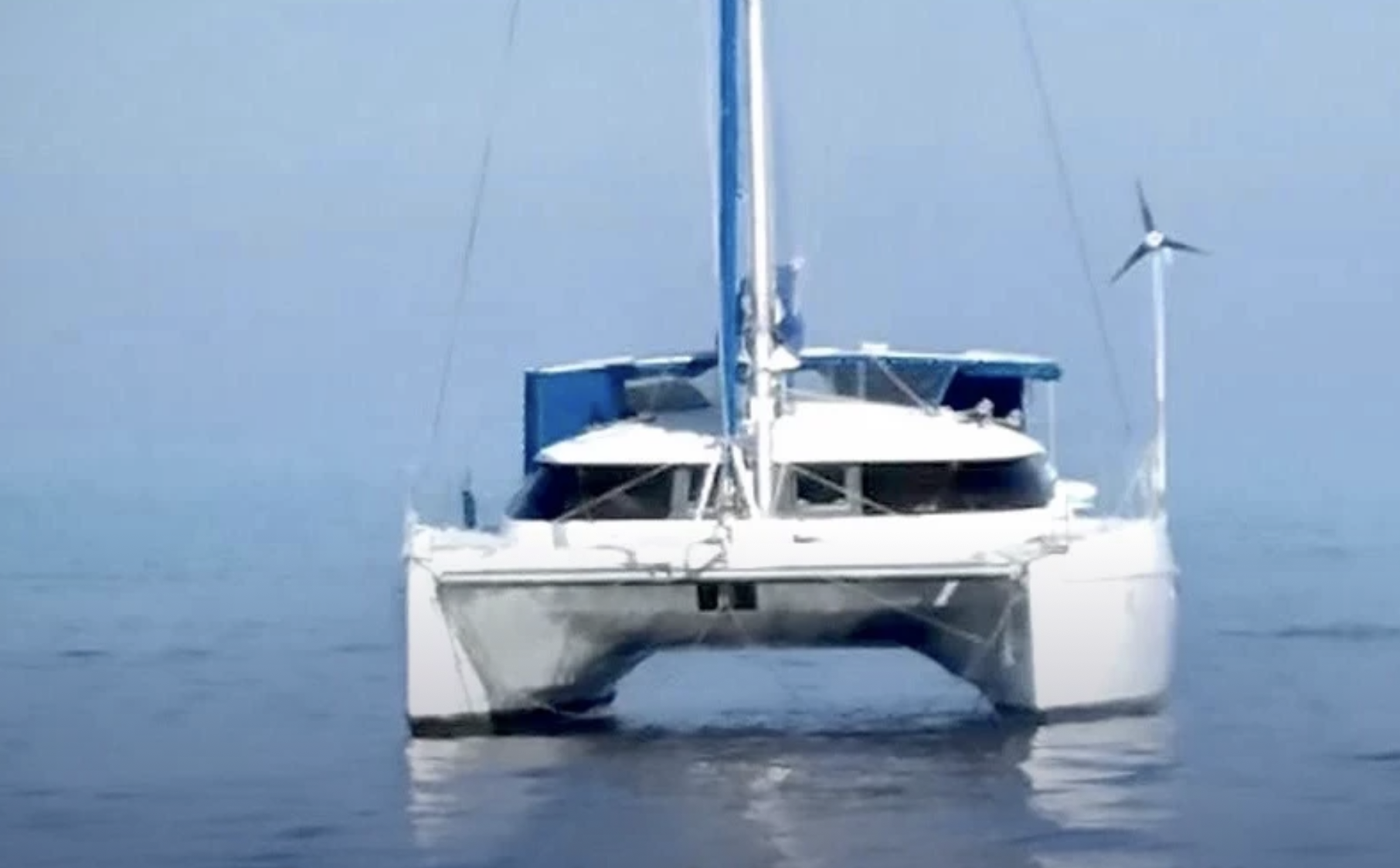 Lost and found. A luxury 40 foot sailing catamaran, that went missing at the end of last year while it was moored in the bay off Nai Harn beach, has been found.

The cat, the ‘Marco Polo’ has been spotted floating near Indonesian waters in what’s called the Malacca Straits.

The Phuket Marine Office says the captain of a fishing boat, near the edge of Thai territorial waters, spotted the missing vessel. The yacht was spotted last Friday after marine police had asked fisherman to keep an eye out for the missing vessel.

The cat was reported missing by owner Marco Ceferin on December 30. The yacht had been anchored off Nai Harn beach in southern Phuket.

The catamaran was tethered to the fishing boat to prevent it from floating away again. Nobody was found aboard the catamaran.

The catamaran is being towed back to shore and the owner has been alerted to pick up his boat when it arrives back in Phuket.