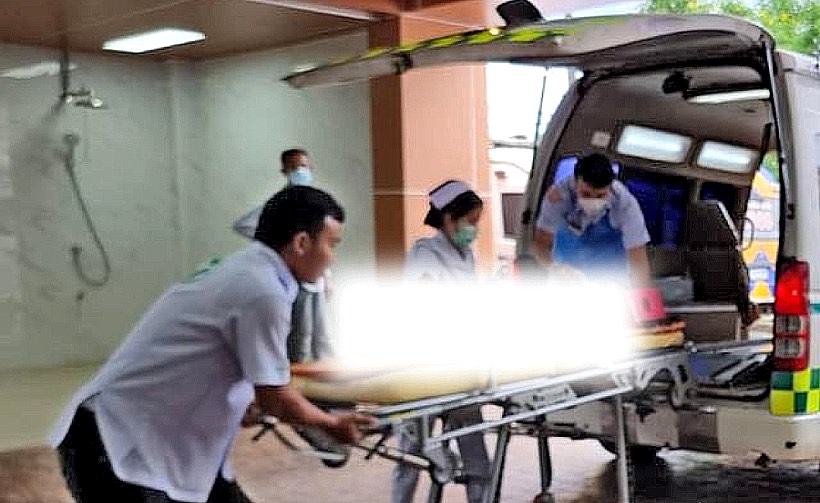 Two people have drowned off Krabi after the long-tail boat they were passengers on, capsized.

A Malaysian mother and her five year old daughter were pronounced dead after being rushed to hospital after four people were rescued by a passing fisherman. The 35 year old mother was also pregnant. The husband and father, and the boat captain, survived the ordeal.

The capsize happened during an offshore your off the Nong Thale sub-district, just north of the main city district of Krabi province, in Phang Nga Bay. The fisherman was heading back to shore when he just happened to be travelling through the same patch of water.

The captain of the boat told police that there were “big waves”. All four occupants were thrown into the sea, with the parents and their daughter clinging onto the captain as they floated in the rough seas, awaiting rescue.

The Malaysian husband and Thai captain are recovering in hospital and assisting police with their investigation over the incident.