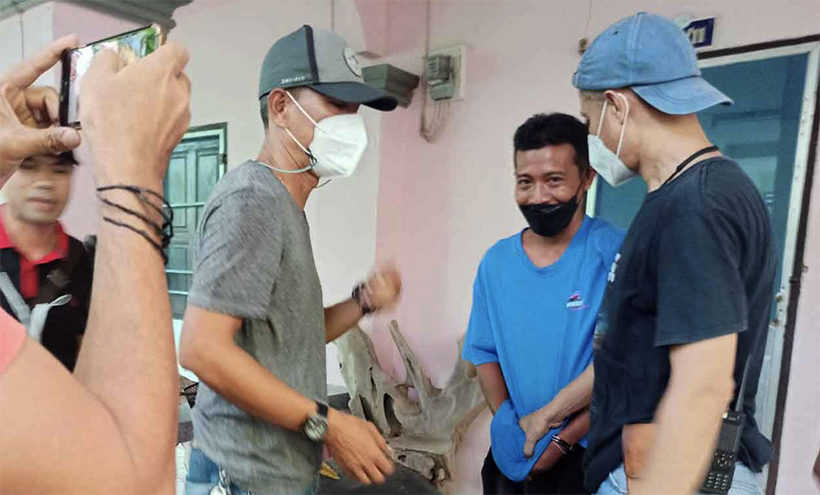 A man has been arrested in Phuket following the armed robbery of a Bangkok Bank branch in Rawai in the Lotus department store and shopping centre yesterday.

The robbery occurred around midday.

Police report that the alleged robber threatened staff with an unspecified gun and was able to steal 160,000 baht in cash.

CCTV showed the robber fleeing on a Honda Wave motorcycle but had at least made an attempt at hiding the motorcycle’s licence plate with a plastic bag tied around it. His escape route led to the west coast beaches of Kata and Karon.

From the department store, he turned left into Soi Suksan 1,

Police eventually tracked down the motorcycle parked outside the house of 43 year old Wiwat Chailiam, a resident in Karon.

He was arrested late yesterday afternoon with the 160,000 baht in cash found on his property.