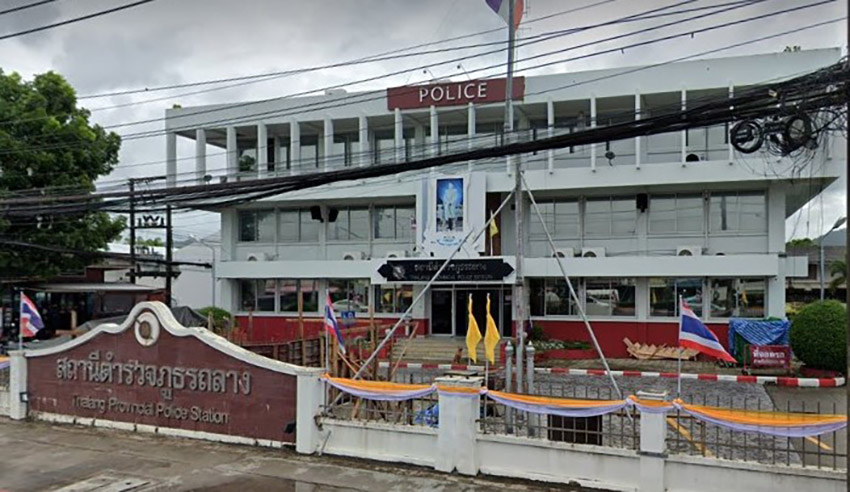 A 25 year old Phuket man has been arrested for allegedly killing his father by slashing his neck. The Phuket Express reports that the incident took place in the northern district of Thalang and was the culmination of a row about cigarettes. The accused has been named as Arnon Kammanochart and is in custody at Thalang Police Station.

According to the report, Thalang Police were notified of an altercation at a house in the sub-district of Srisoontorn at around 6pm yesterday. They arrived on the scene to find the body of 51 year old Uthai Kammanochart. His son, Amorn, was waiting for police, holding an 8 inch long knife that was covered in blood, according to the Phuket Express report.

Amorn was taken to Thalang Police Station for questioning, where he told officers his father had asked him to buy cigarettes but Amorn did not have the money to do so. His father then told him to ask his grandmother who lived nearby. However, the grandmother refused to give him money and when Amorn returned home to inform his father of this, he claims his father got violent.

According to Amorn’s testimony, his father kicked at his face and Amorn grabbed a nearby knife to defend himself. He says both he and his father got into a struggle until Amorn slashed his throat and killed him. It’s understood there were no other witnesses to the murder and nobody who can corroborate Amorn’s claims as both men lived alone.

The police investigation is ongoing.