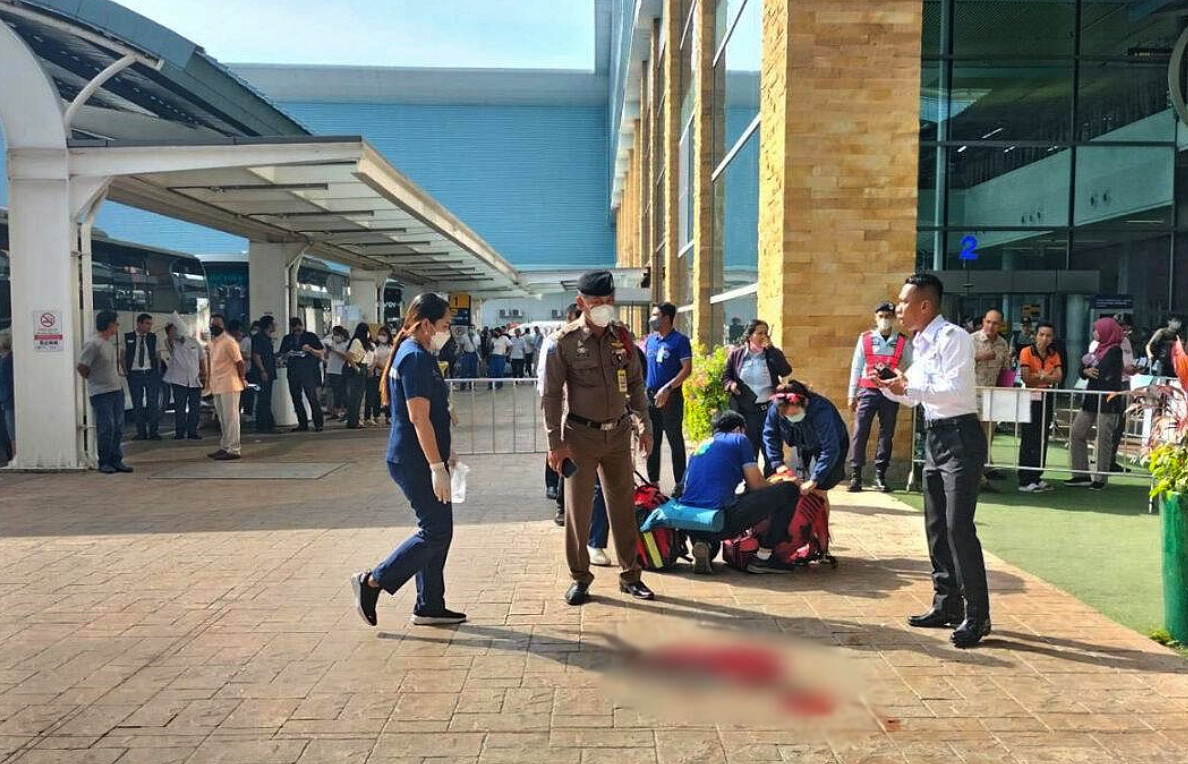 The man who fell, or jumped, from the third floor of the Phuket International Airport terminal building has died from his injuries. The announcement was made by the Airports of Thailand late last night.

The man, referred to only as “Mr. Jason” had been staying at Nai Yang beach, the nearest beach to the airport property.

A doctor had been co-ordinating with tourist police after the American visited his clinic and declared his situation. He reportedly told the doctor that he had been taking antidepressants and had no money to buy a return ticket back to the USA.

Tourist Assistance Centre officials told police that the man had presented himself seeking financial assistance, claiming that he had contacted relatives back in the US, to no avail.

TAC staff also contacted the US embassy in Thailand requesting financial assistance. Officials told police that Mr Jason “refused” the offer of assistance from the Embassy.

Then, just after 3pm yesterday, Mr Jason was found on the ground at the International terminal having jumped or fallen from the smoking area outside the terminal not he third floor.

He was pronounced dead by doctors at the Thalang Hospital at 4pm yesterday although the announcement was not made public until after 9pm last night in the statement from the AoT.