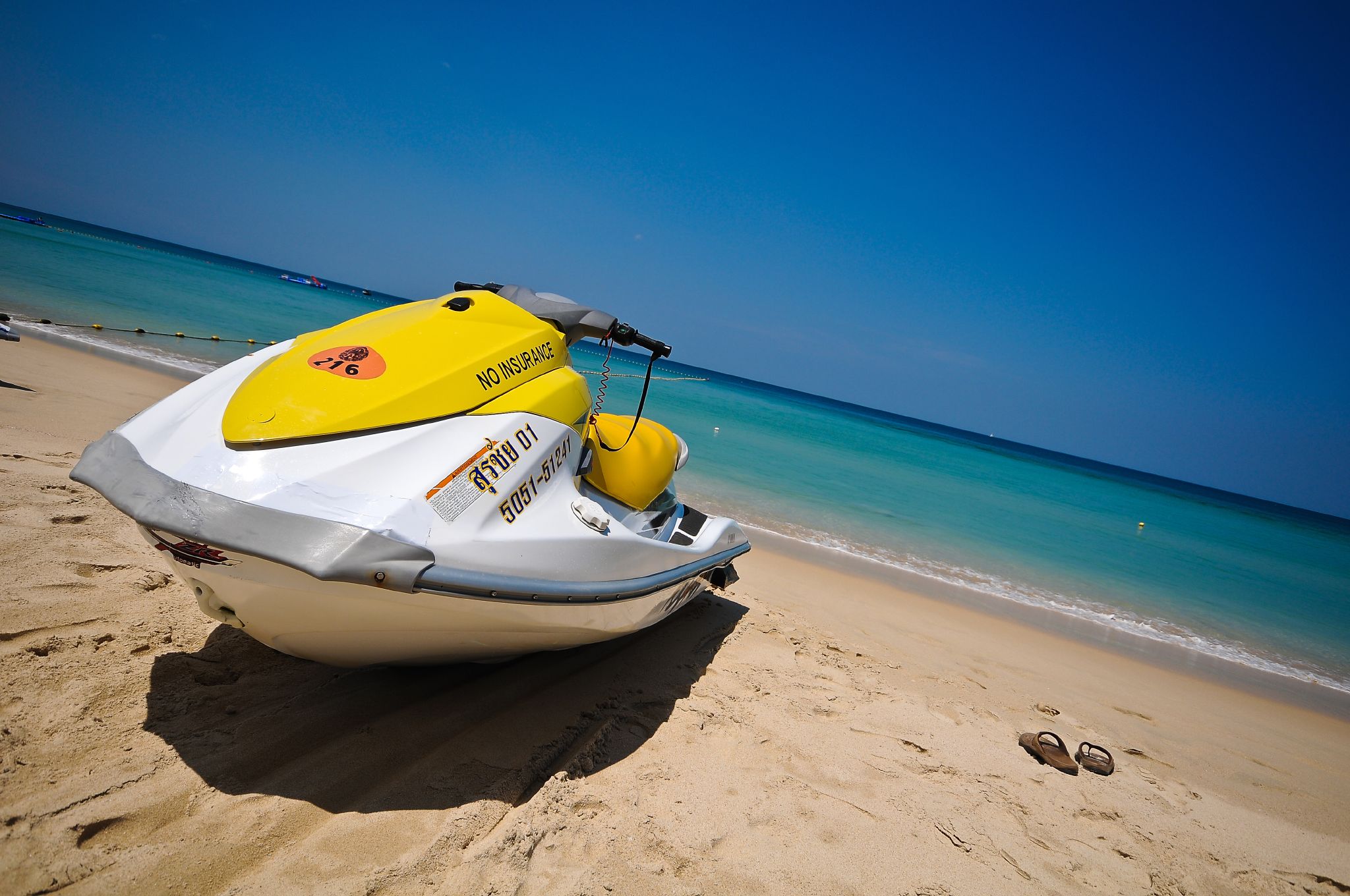 A man has been rescued off Phuket after his jet ski ran out of fuel and he was forced to spend the night at sea on Phang Nga Bay. According to a Phuket Express report, Panit Naveewong was reported missing at 10.30pm last night, having left the pier at Koh Sirae, off Phuket’s east coast, on a jet ski at around 2.00pm.

The report states that Panit had been in touch with his boss by phone, advising him that at around 6.00pm, the jet ski had run out of fuel near Koh Khai Nai and that he needed help. However, he then lost signal and the call was cut off.

A search was launched, with officers from the Royal Thai Navy heading out on 6 jet skis and a boat. The search continued until 3.00am but rescuers were unable to find the missing man.

The search resumed this morning and the man was located at around 7.40am, on his jet ski, close to the area from where he’d made the call to his boss. He was transported back to the pier on Koh Sirae, tired and dehydrated, but otherwise well.