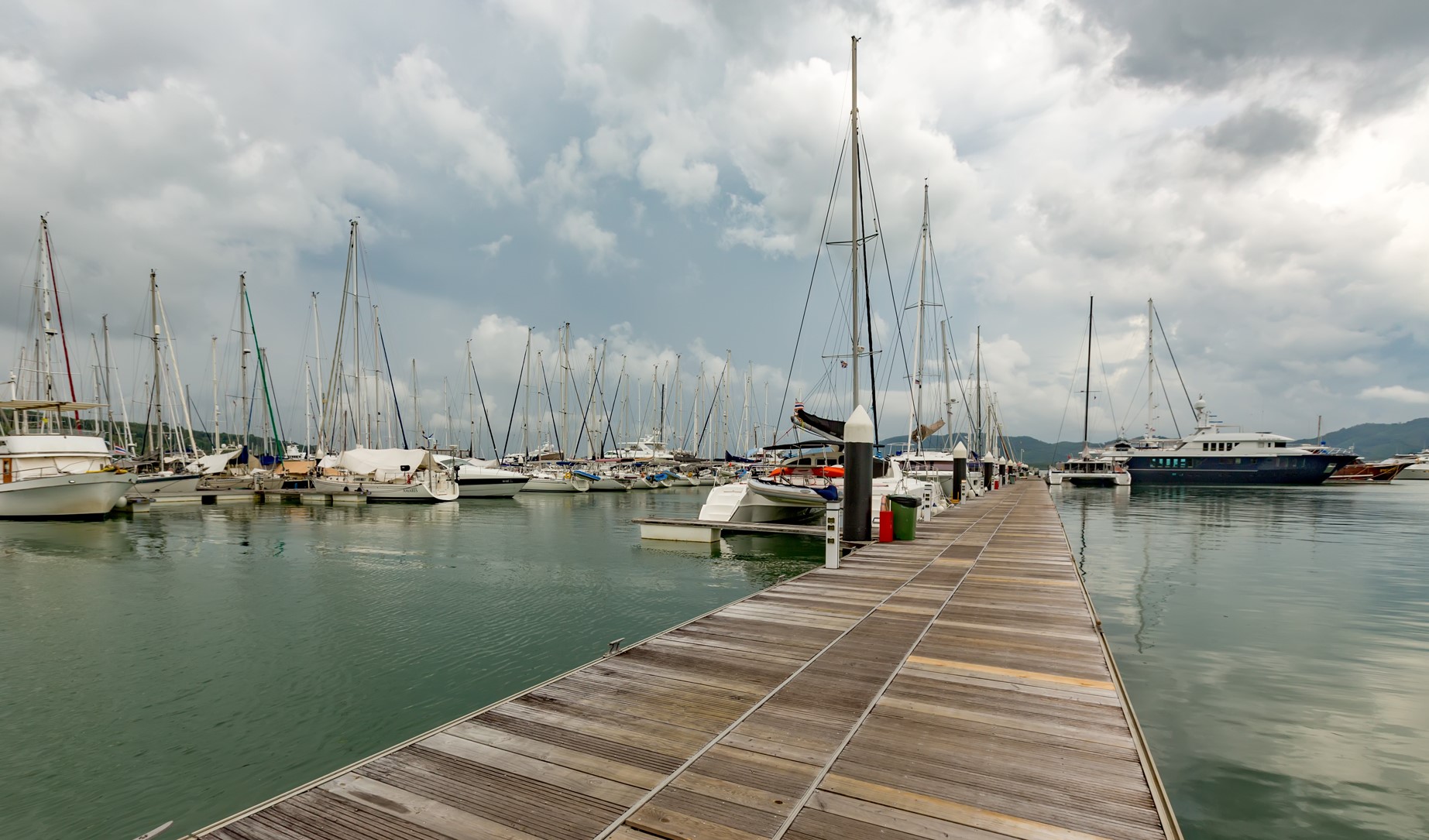 Thailand’s Marine Department says it plans to build new marinas in 6 Andaman provinces, in a bid to create a tourism and marine hub in the region.

According to a Bangkok Post report, the provinces in question are Phuket, Ranong, Phang Nga, Krabi, Trang, and Satun. They will each feature in a feasibility study which will take place between 2023 and 2024.

Sompong Jirasirilert from the Marine Department says officials expect both private investors and local administrative organisations to express interest in joining the government in investing in the scheme. According to Sompong, the expected investment amount will be decided later, once the exact locations have been decided.

The marinas are expected to handle an average of 30 – 40 small cruise ships, up to a maximum of 100. Sompong adds that the size of each marina will depend on its location. Construction will begin once the locations have been agreed and environmental impact assessments carried out.

“We’re confident this community marina development project will draw in more tourists, particularly those who like to travel on small cruise ships or yachts. This will help spur tourism income among Andaman communities.”

Since 2018, Thailand’s Marine Department has been busy building 13 ports along the Andaman coast, 6 of which are now complete. They are Pak Meng Port in Trang, Surakun Port in Phang Nga, Koh Lanta Port on Krabi’s Lanta Yai Island, Sala Dan Port on Krabi’s Koh Lanta Noi Island, and Thara Public Park Port and Tha Le Port, both in Krabi.

Krabi’s Pak Khlong Chilat Port, from where ferry services to Koh Phi Phi will operate, is expected to be completed later this year.

According to Sompong, over on the Gulf side, the Marine department has been building 2 seaports since 2020, one in the Pathiu district of Chumphon and the other in the Klaeng district of Rayong.

“The Pathiu district port is expected to wrap up later this year and the other port later next year. The construction of a new port is also being planned next year on Trat’s Koh Kut Island. In 2024, 6 new ports will be built to serve marine navigation in a transport network comprising Krabi, Phang Nga and Phuket.”