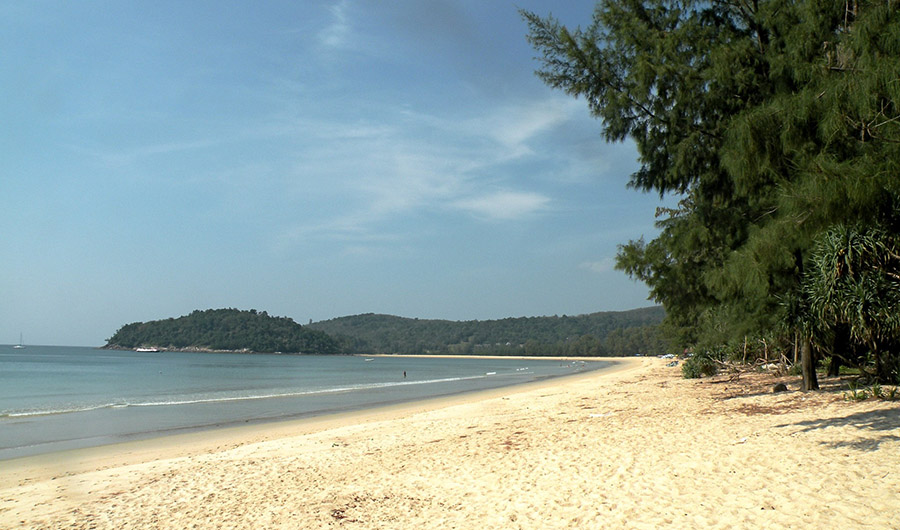 The demolition of illegally-built structures on Phuket’s Layan and Lay Phang beaches continues, as officials seek to rid the area of encroaching businesses. Local officials recently removed signs that had been erected by former business owners disputing the demolition. The signs claimed that a court ruling on the matter was still in process.

“This plot of land is in dispute pending a lawsuit between the private sector and government officials. It is a black civil case Number 189/2020 of the Phuket Provincial Court”.

However, the case has in fact been all the way to the Supreme Court, which ruled that businesses that had been trading on the beach for decades were in fact, illegal, and must vacate or be demolished. And demolition it was, in the case of most of them, on September 30, when local officials and workers rolled in with bulldozing equipment.

The Phuket Express reports that yesterday, Lay Phang Beach was visited by Bancha Tanooin, chief of the Thalang District Office. Bancha says that some parts of the beach are still being illegally occupied by various businesses, including those providing sun loungers and umbrellas.

It’s understood 3 restaurants also continued to operate, with 2 business owners arrested yesterday. The unnamed restaurant owners were taken to Cherngtalay Police Station to face legal proceedings, including selling alcohol without a permit. According to the report, the existing illegal structures are scheduled for demolition soon.