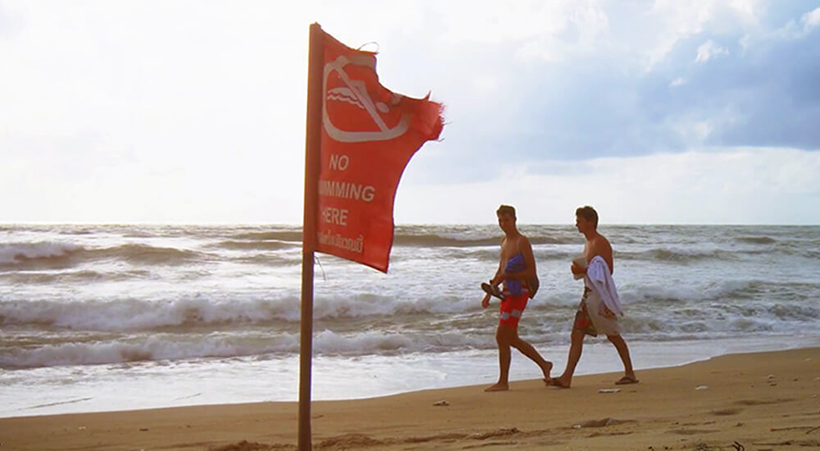 Deep into the annual monsoon, Phuket has had a few wet days. There will be some rain periods over the rest of the week, coupled with some medium to rough wave conditions off shore.

On the plus side, the temperature will continue to hover around 29 or 30 for the entire week, and there will be some breaks in the rain and even the chance of a bit of sunshine.

If you are on the west side of the island Phuket GO would recommend you keep a close watch on the red flag warnings at the beaches before you go swimming. All the main beaches are patrolled and, if you see red flags along the beaches, don’t go swimming at that time. Areas patrolled will have a yellow and red flag on display. Rips and strong currents can be a characteristic of some of the longer west coast beaches and change along with the tides and the wave conditions.

Yesterday there was an unusual king tide which arrived at the same time as the larger swells from the south west, causing some minor flooding across low-lying roads along the west coast. The unusual situation only lasted for 30 minutes or so and the mess was cleaned up during the afternoon.

Phuket is well packaged for tourists during the wet season and the bouts of rain. The heaviest rain would usually be during September or October each year although the official annual wet season usually runs from mid April until the end of November each year.

Try Central Festival or Central Floresta for a western-style shopping fix. There’s also an epic cinema complex at Central Festival (and Jungceylon in Patong) to catch any of the latest films. Most films are either in English or will have English sub-titles.

Phuket Fantasea in Kamala, one of the island’s leading attractions, is currently only open on Wednesdays and Saturdays. There’s also a nightly show at the famous Simon Cabaret in Patong, a lavish cabaret experience where they promise you’ll see the prettiest girls in all of Asia. But there’s a twist… Both shows are fine for all members of the family.

And, remember, even the worst rain in Phuket is usually over in a few hours. So, be patient and you’ll be out again soon. 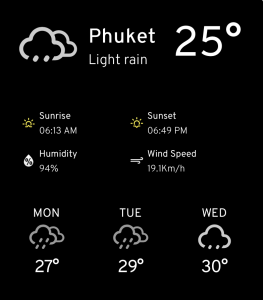 In this article:phuket wet season, rain in Phuket, raining in Phuket, wet season weather, what to do when it rains in Phuket