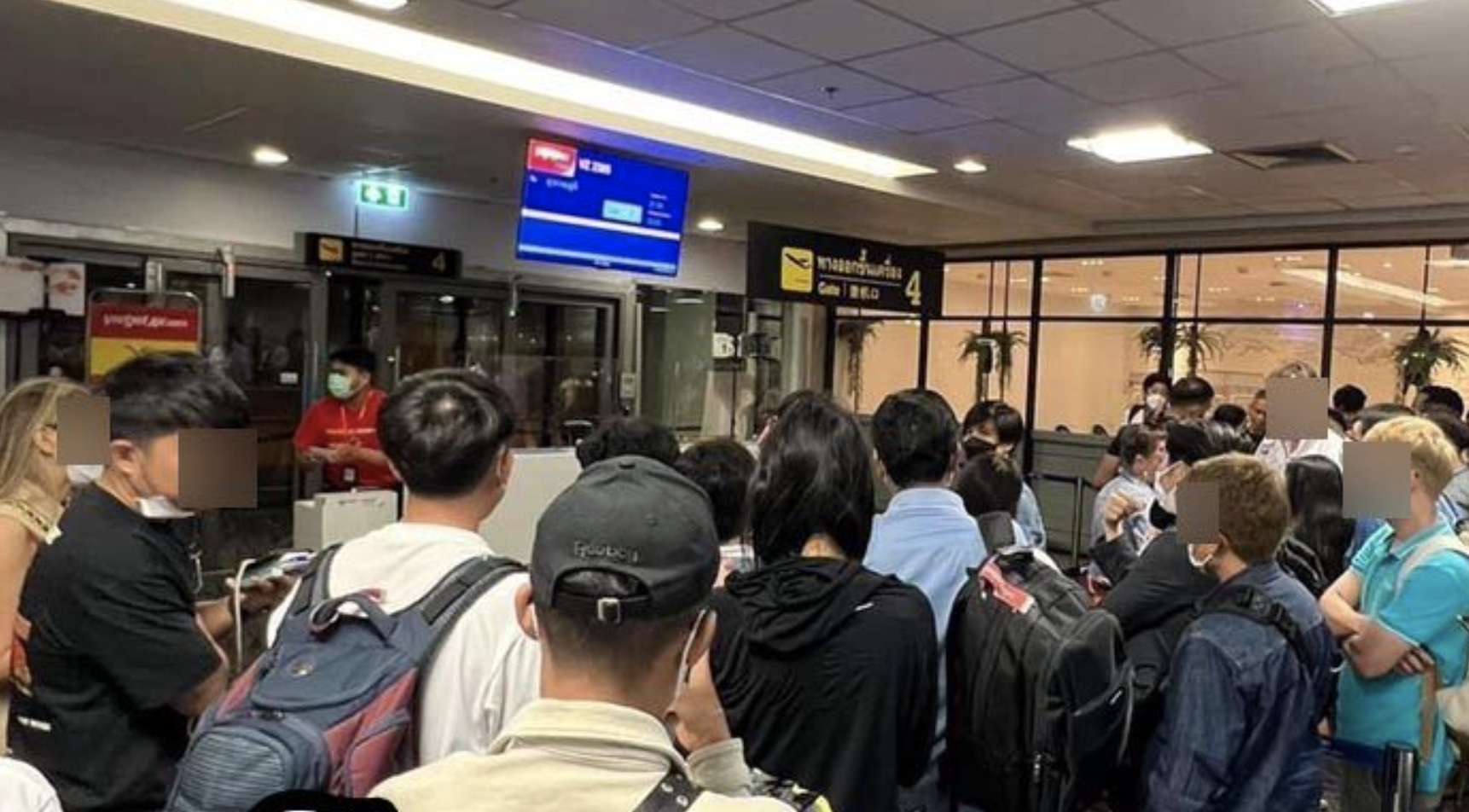 So who is to blame? The airport officials or Thai VietJet?

Phuket Airport officials have scrambled to “clarify” the situation on Thursday night when 300+ passengers were stranded overnight after a Thai VietJet flight was unable to take off on its scheduled flight to Bangkok because “there were not enough seats”.

The incident, and the shambles of disgruntled passengers and overwhelmed staff, went viral on social media when more than 300 passengers ended up stuck at the airport on Thursday evening because just one passenger didn’t have a seat as all the seats in the plane were full.

The plane not only pushed back but was taxiing towards the runway for take off when cabin staff alerted the pilot that one passenger didn’t have a seat – a situation that is in clear disregard of general flight safety procedures.

By this stage the time was after 11.30pm and airport officials imposed the curfew for flights taking off or landing at the airport between 11.30pm and 7am each day. The curfew had been imposed on the airport for “ongoing maintenance” and is expected to stay until at least April next year.

The airport insists that it makes exceptions when it gets enough notice of delays or early arrivals but was unable to accommodate the delays caused by VietJet’s ‘seat’ problem.

The delayed flight eventually departed Phuket on Friday morning at 10:34am.

Thai VietJet’s CEO Woranate Laprabang blamed the airport and their curfew for the plane being unable to take off, saying that the ground planning services were struggling “because of “manpower shortages and increased air traffic”.

For their part, VietJet explained that flight VZ2304, from Suvarnabhumi Airport to Phuket, was unable to depart BKK Bangkok because of “an unidentified issue” which meant it never arrived in Phuket.

This caused flight number VZ2305, which was set to service a return flight from Phuket to Bangkok, to be cancelled.

But one of the passengers who was booked to fly on VZ2305 was moved to the next flight VZ309 by airline ground staff. But VZ309 was already full and, amazingly, the plane was already taxiing to the runway before it was discovered the surplus passenger had nowhere to sit.

The make a bad situation worse, the passengers that had arrived had long delays to get their luggage as the AoT had taken over the baggage handling services from airlines to utilise ground services from Thai Airways International (although some airlines have already insisted that this situation has to be changed because of lack of efficiencies, lost luggage and long delays, and started to re-introduce their own baggage handling services). Thai Airways International said they, too, are suffering from lack of staff in their baggage handling section at the moment.

Thai Vietjet’s CEO yesterday also insisted that the airline had offered compensation to affected passengers, including meals, opportunities for full refunds or changes of flight, hotel accommodation and vouchers valued at 500 baht.

But passengers took to social media complaining that the airline was “inefficient” in helping accommodation or keep everyone alerted about the situation or their options. Some passengers ended up helping airline staff find accommodation for the 300+ stranded fliers.