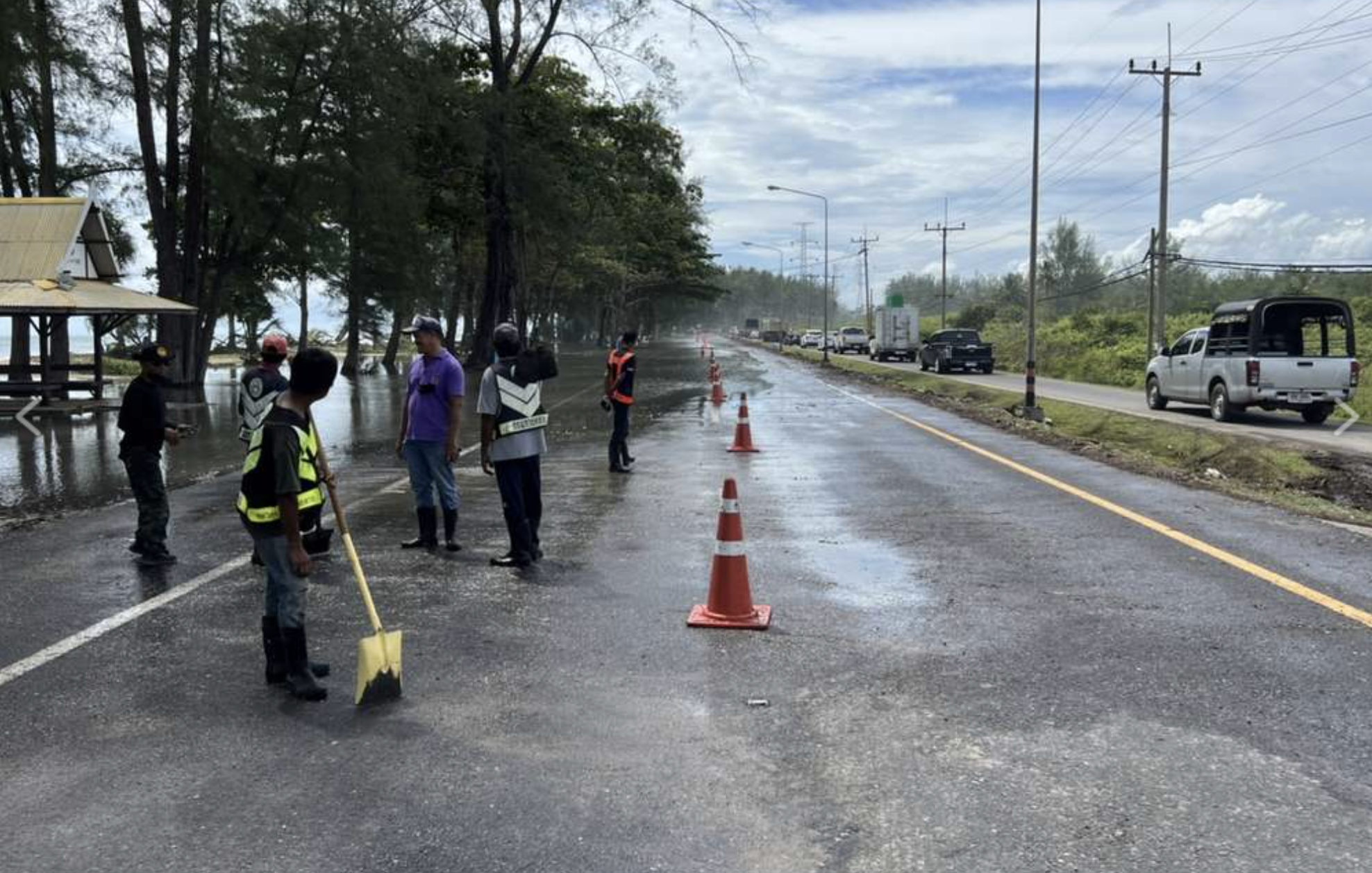 Flooding along coastal road in Phuket

The Chief of Sirinart Marine National Park led his team to clean up the main road in Thachatchai, specifically the Saikaew Beach area just before the Sarasin Bridge, which was flooded yesterday with a king tide around 1.30pm.

The flooding from the beach was caused by an unusually high king tide and a rough southwest monsoon coming in from the Andaman Sea The waves were around 2 – 3 metres high, and during rain squalls, the waves were higher than 3 metres, especially around Phuket, Phang Nga and Ranong.

Rubbish and beach debris littered the roads as it washed in from the waves. Workers have been clearing the roads of all debris late yesterday and this morning.

Apart from this area, there were other areas in Phuket where the waves washed up onto the adjacent roads, including Patong Beach, Kalim Beach and Kamala Beach.

A member of Phuket Provincial Administration Organisation, Thalang District, Wiwat Jindapon, says that the floods happened from around midday until about 3.30pm because of conduction of the monsoonal swells, the king tide and the direction of the wind. No one was hurt although there were a lot of online posts with people worried about if it was another ‘tsunami’.

The 2004 Indian Ocean tsunami inundated a lot of coastal areas along the Andaman Coastline. 5,395 people died in Thailand during the tsunami whilst another 2,800 remain missing, presumed dead.

Wiwat Jindapon says that the people who travelled along the San Kaew coastal road, just before the Sarasin Bridge, had to use the bicycle lane, away from the coast, instead and the local authorities will look for a solution if the wave inundation becomes more frequent.

“There’s no report of injury or damage from the incident.”

According to a Thai Meteorological Department announcement on July 3, concerning the monsoon and high waves.. “the risky areas including Phuket, Phang Nga and Ranong must be prepared and follow up on the weather forecast to reduce any possible impact.”