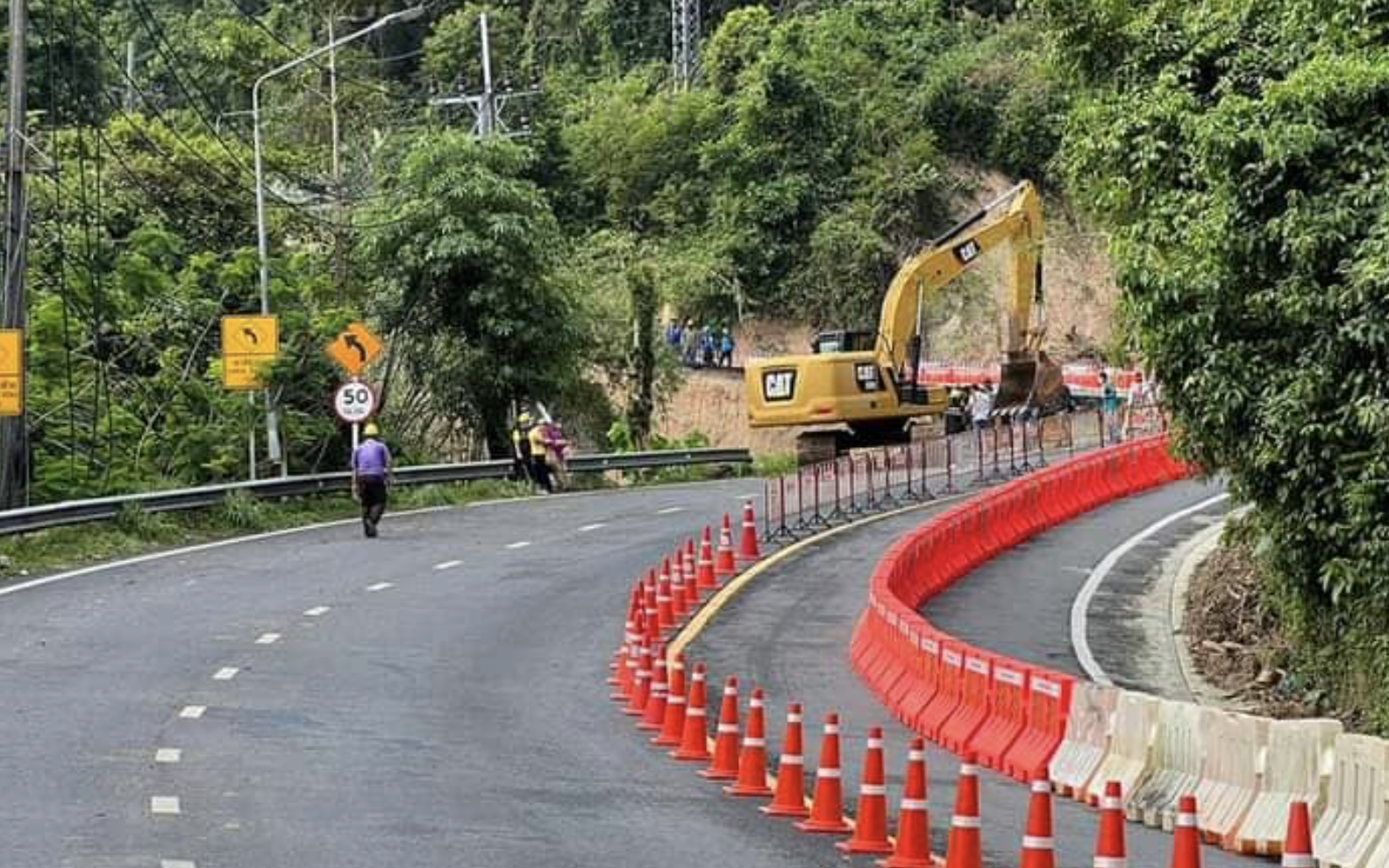 In the latest twist in the ‘repairs’ being done on the Patong Hill Road, a project to fully develop an existing track between Chalong and Patong is pushing ahead with a deadline of completion just a few weeks away.

Under the current arrangement, as repairs continue on Patong Hill road, only motorbikes and local pedestrians are allowed to cross along the remaining section of the collapsed road.

Now the President of the Phuket Provincial office has confirmed that a secondary route, from Chalong, is now being prepared as a long-term alternative.

Although the alternative route from Phuket’s east side over to Patong has been proposed over the past decade, the collapse of the single Patong Hill road has now brought the proposal to instant fruition.

Previous environmental issues, that had prevented to project moving forward in the past, have now been sidelined due to the urgent nature of providing a traffickable route across the Patong Hills (properly referred to as the Nakkerd Hills).

The route takes advantage of existing local dirt tracks and will link the road behind the Khlong Khata dam in Chalong with the southern end of 50 Pi Road in Patong. 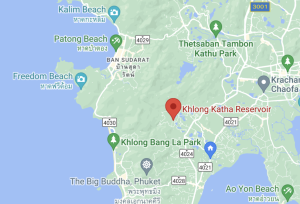 Works are now underway which include widening the existing dirt track and adding proper drainage on either side.

Access to the alternative road would also be a new inconvenience to the resident living in the lower hills of Chalong which will now attract new traffic for the road, as well as on the Patong side where the roadside hills have not been designed to carry a large load of new traffic.

The President of the Phuket Provincial Office say the new road will be 12 metres wide and should be ready “in two weeks” with a projected opening in the second week of November.

Meanwhile, the repairs to the Patong Hill road continue with heavy showers on Sunday night adding to concerns of more soil movement in the area.