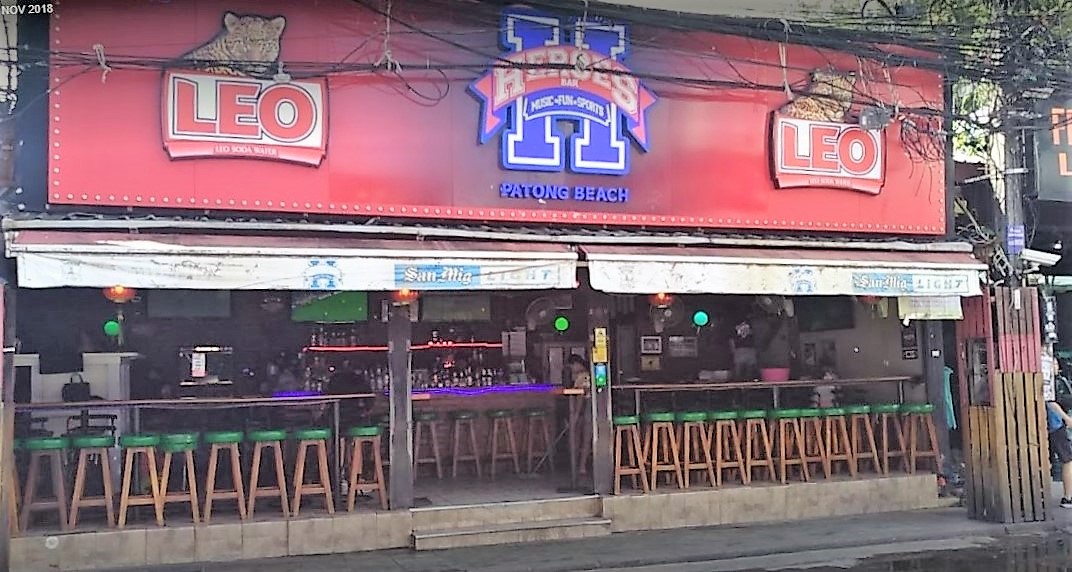 A fire that broke out at a Phuket bar yesterday afternoon left tourists feeling jittery, but there were no casualties reported in the incident. However, the fire, which broke out above Heroes Bar in Patong did cause a power outage along Bangla Road for a number of hours.

The fire comes just a week after another fire in a nightlife venue in Thailand – the fatal fire at the Mountain B Bar and Bistro in Sattahip, south of Pattaya. The death toll has risen to 17 people with another 20 still in hospital, many with horrific burns. Another 22 have minor to serious injuries.

According to a Phuket Express report, the fire broke out in Heroes Bar during the middle of the afternoon, prompting alarm among Thais and tourists alike.

According to the report, firefighters from Patong Municipality were notified of the fire at Heroes Bar just before 4pm yesterday. They say the cause of the fire was sparks from high voltage electric cables above the venue. However, it appears the sparks caused a lot of smoke, but no flames. It’s understood it took nearly an hour to clear the smoke and several hours to restore power to Bangla Road.

On August 17, 2012, a fire broke out around 4am at the Tiger Disco in Patong, killing 4, including 2 foreigners, and injuring many others. A lack of emergency exits, flammable acoustic and building foam, and a lack of functioning fire extinguishers were blamed for the incident.