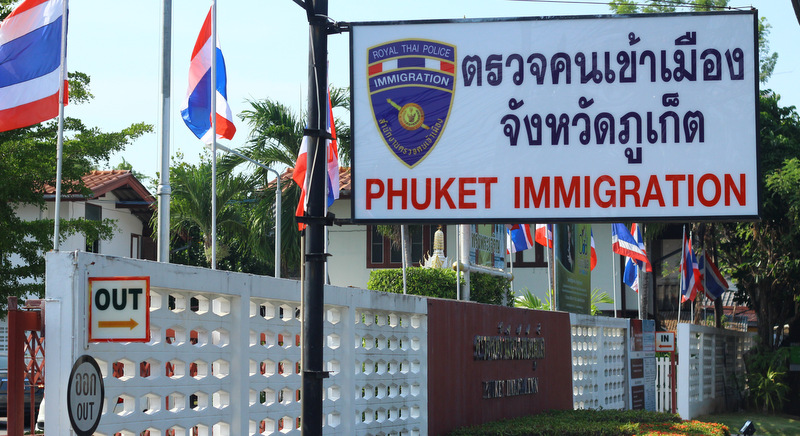 Two visa agents have contacted Phuket GO today with information that Phuket Immigration are refusing to process any new visa applications for Chinese citizens. They also confirmed that people applying for new Retirement visas must now go to to Pattaya Immigration for photograph and proof of funds – they can’t currently be processed in Phuket. In both cases, for Chinese citizens or people on current retirement (O or OA) visas, renewals are being processed locally. It only applies to NEW applications.

This trip to Pattaya may also apply to people doing the O visa themselves whilst in Thailand.

Make sure you check with Phuket Immigration about their current policy if you are applying for a new visa at the moment.

Phuket Immigration have not confirmed the allegations made by the visa agents.

According to the deputy national police chief, Pol Gen Surachate Hakparn, all suspects have been questioned and police investigators are expected to meet on Monday to conclude the case and submit the findings to the police inspector-general for further action.

The police chief maintains that there are no exceptions being made for the three police generals allegedly involved, despite the fact that they were his classmates at the police academy, noting that their cases will also be sent to the National Anti-Corruption Commission.

Several Chinese businessmen are suspected to have been involved in the night entertainment business in Bangkok and Pattaya. Several pubs were raided by police, following a raid on the ‘Jin Ling’ pub and ‘gambling den’ in Yannawa district of Bangkok on October 26, allegedly owned by Chaiyanat Kornchayanant, aka “Tuhao”. 104 customers in the pub, mostly Chinese, tested positive for illicit drug use. A

part from Kornchayanant, several other Chinese businessmen have been arrested by Thai police on drug trafficking charges. The story highlights the serious consequences that can be faced by individuals involved in illegal activities, even if they are high-ranking officials.