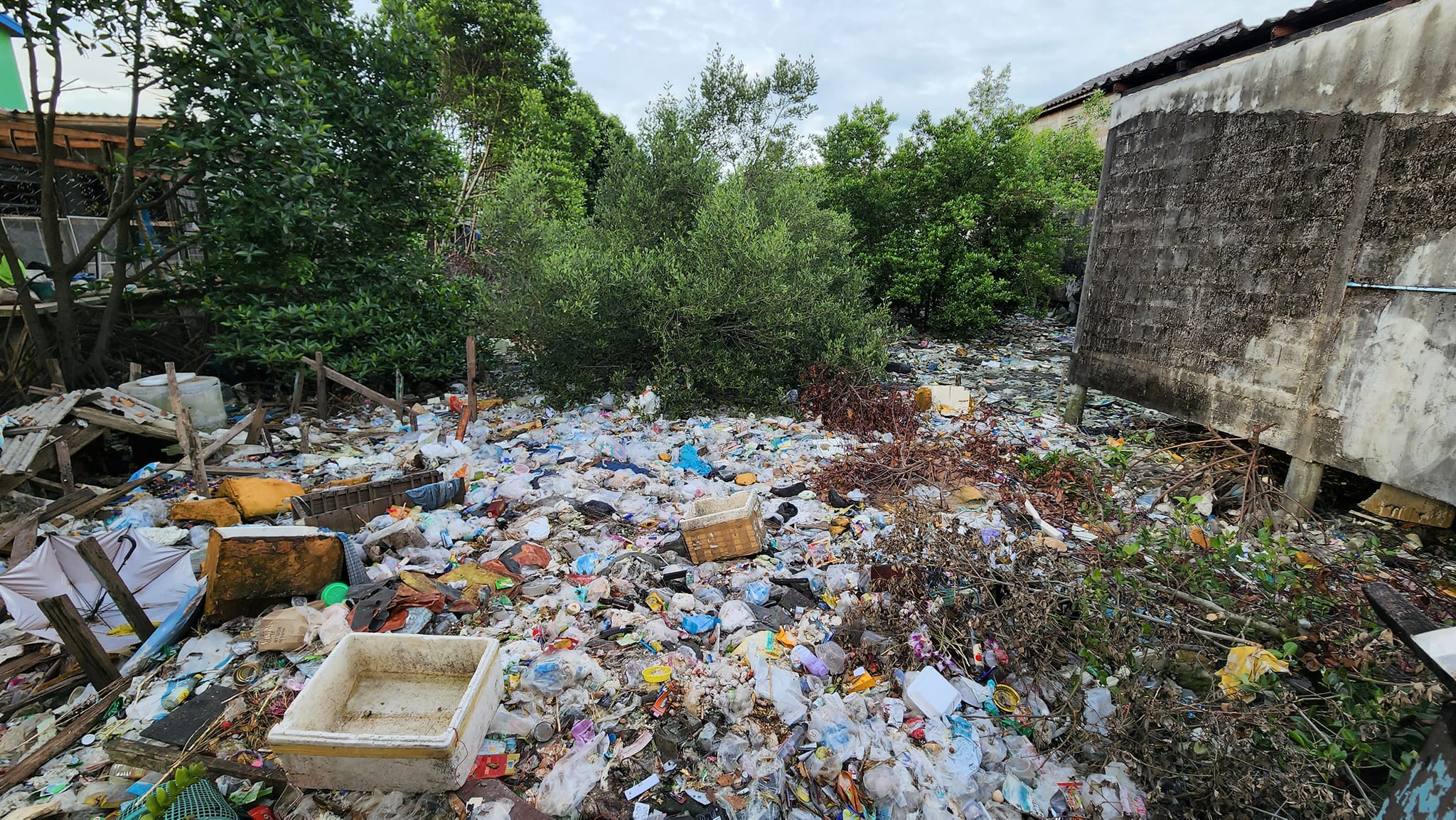 Over 100,000 kilograms of trash and garbage have been dumped on Koh Sirae for over 20 years, according to the Facebook page Monsoon Garbage Thailand. Koh Sirae is a 20-square-kilometre island, located east of Phuket Town. The environmental watchdog group say people have been dumping their garbage there for more than 20 years.

According to a Phuket Express report, Waranyoo Boonsit from Monsoon Garbage Thailand explains that the Phuket Fishing Market is nearby, adding that he already reported the problem to the relevant authorities about 3 years ago. This resulted in a clean-up of one small area, but Waranyoo says there is still a large area that has not been cleaned.

He estimates that around 100,000 kilograms of garbage have been dumped there continuously for the last 20 years. He has not said who he thinks might be responsible or how he knows that it’s been ongoing for 20 years.

The channels between mainland Phuket and Koh Sirae also has a huge pollution problem with fishing and tour boats parking along the stretch of water.