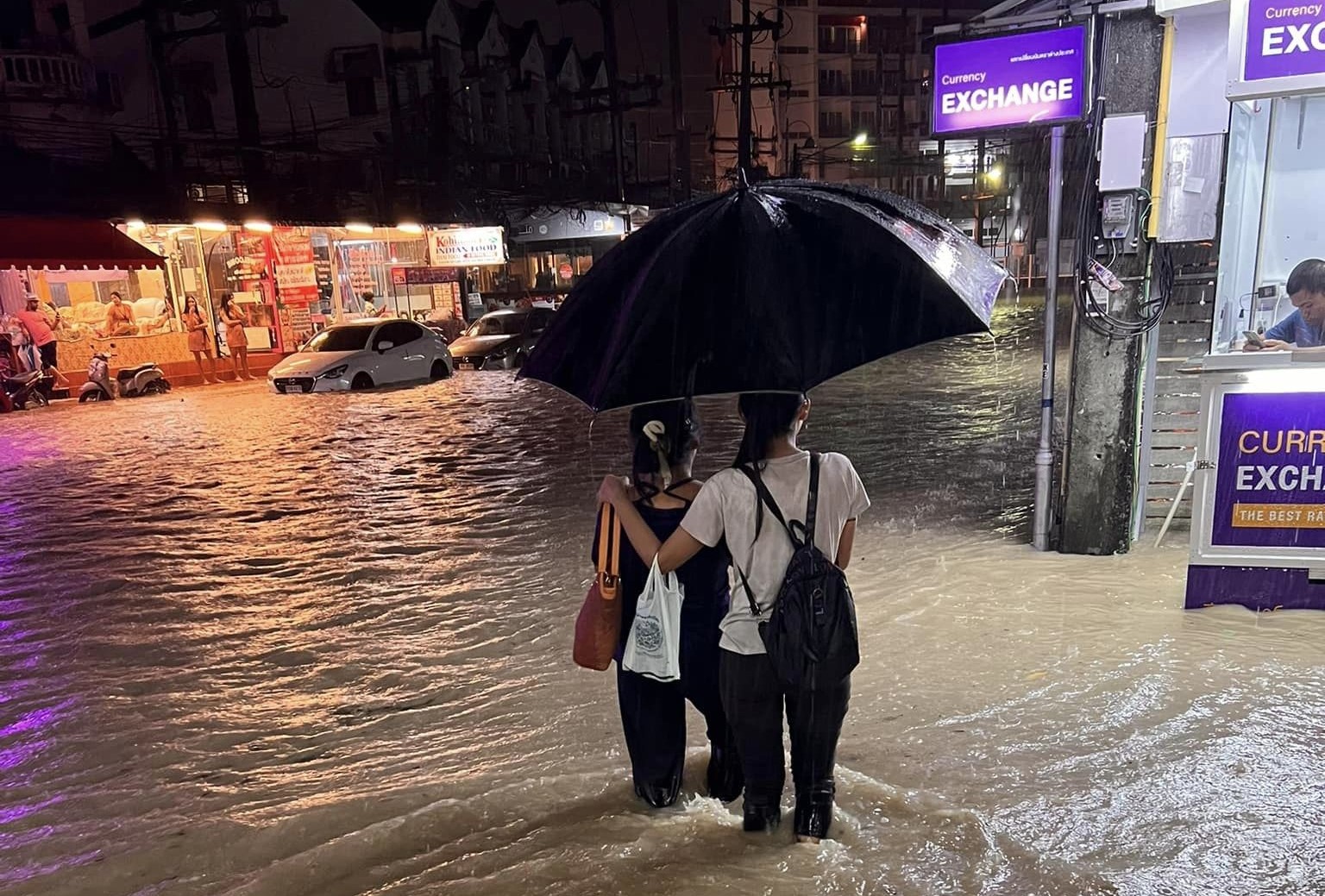 Torrential rain that lasted for hours saw several major roads and parts of Phuket flooded again over the past few nights. The Phuket News reports that Chalong, Kathu, Phuket Town and west coast areas were all affected, leading to long traffic delays.

Traffic on Patong Hill nearly came to a standstill during the deluge, but vehicles were still able to travel past the site where a landslide occurred during last month’s heavy rain. According to officials, safety levels at the site continue to be monitored to ensure there is no risk posed to those travelling past the area.

There were traffic delays too in Phuket Town and in front of the Blue Tree water park in Chergntalay, as well as on the bypass road. Rising water levels in the Bang Yai Canal were a cause for concern again, as the level came within inches of breaching the canal banks.

According to the Phuket News, workers used pumps to divert the rising water in Phuket Town, which appears to have worked as major flooding was averted.

Meanwhile, Chaowalit Nitrarat from the Department of Disaster Prevention and Mitigation says officers were dispatched to the worst affected areas on the island, adding that last night’s high tide did not help the situation. However, as the rain eased off and the tide receded, the situation improved, with floodwater draining away in most places.