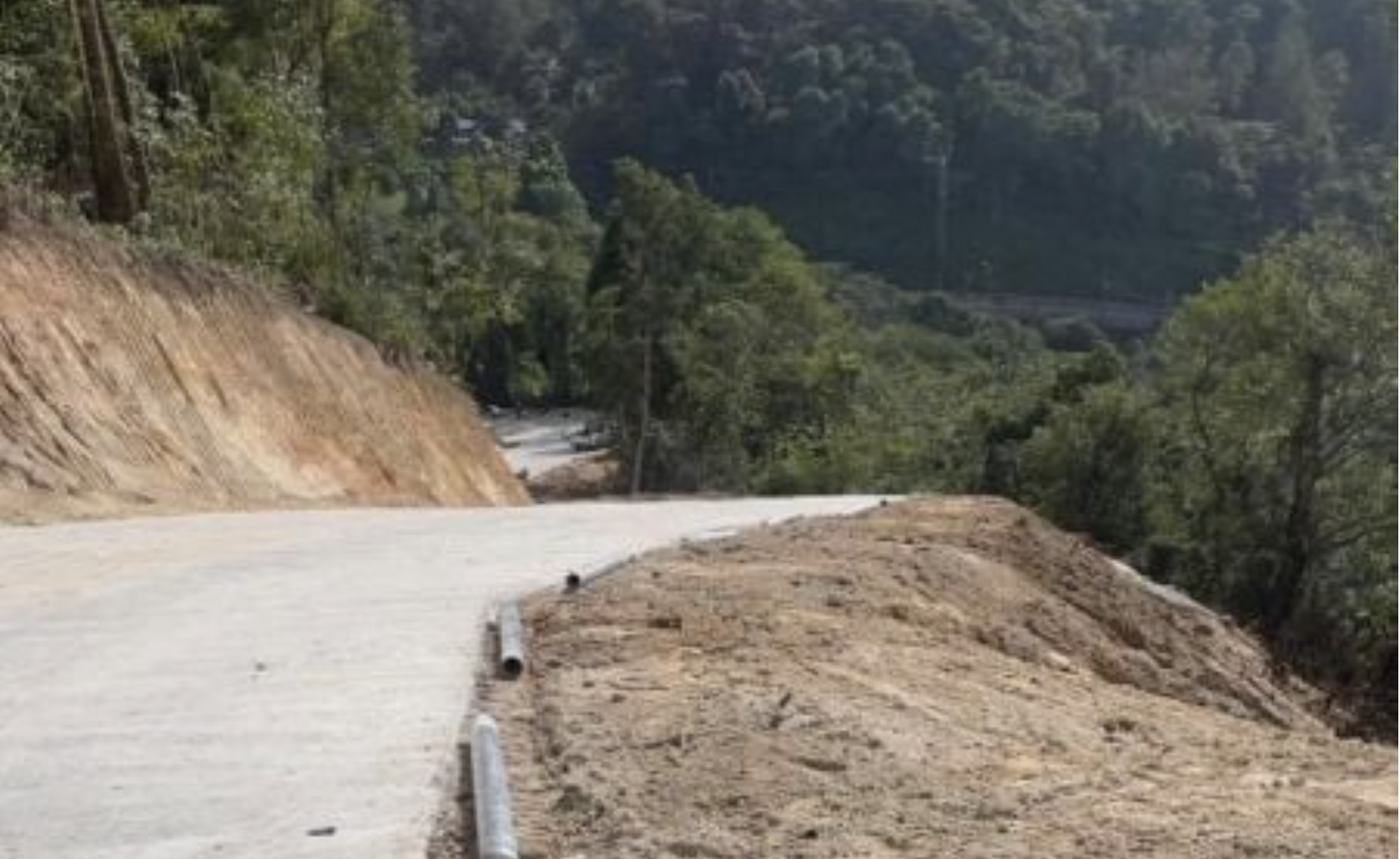 One of the alternative routes over Patong Hill is almost ready. There was a few videos of people driving over the new road on the weekend but they appear to have been removed from social media.

Whilst the new route is going to allow cars going from Kathu to Patong to get over the hill (currently cars and small vehicles can only travel eastward from Patong to Kathu), it involves a dangerous U-turn and track back to the turn-off point, and then another even more dangerous crossing over the traffic coming up the hill out of Patong.

Much of the road was already established but was not properly made or maintained. The new concrete alternative is unlikely to form much of an alternative once the newly repaired Patong Hill road route reopens, probably early-January at the current rate of repairs.

It has been organised and funded by the Patong Development Foundation and is estimated to have cost 12.4 million baht, although donations to the fund have only reached 2 million baht at this time.

One of the videos posted yesterday showed the new road with lots of sharp turns as it made its way up the hill. The entrance, from the Kathu side, is opposite the Tiger Kingdom entrance but requires drivers to do a dangerous U-Turn then come back around 200 metres to then turn northward into a small soi to start the journey.

The alternative route then re-appears at the top of the hill opposite the Tiger Temple. Then traffic will have to cross over the traffic coming up the hill from Patong, a situation that will either need traffic lights or a full time traffic policeman.

A spokesperson from the Pisona Group says they hope to have the alternative route completed by the end of this week and are currently painting a white line down the middle and adding guardrooms in places.

And while we’re on roadworks, a quick update about the actual Patong Hill road. The roadworks on the section of the Patong Hill road that collapsed in September is progressing slowly, but surely.

The new bank of soil that will form the foundation for the repaired road is 3 – 5 metres from the original road level, having been built up again from the bottom of the hill. The construction contractors were hoping to have the repairs finished by mid-December but last week’s heavy rains have delayed that schedule.