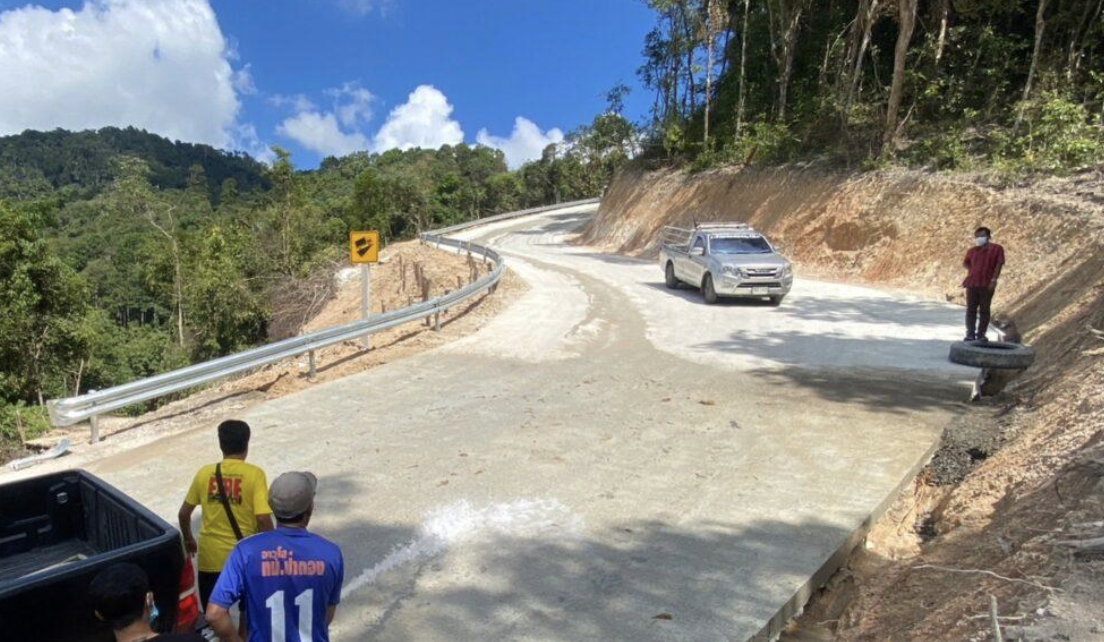 An alternative road, linking the Kathu side of Patong Hill with the top of the existing Patong Hill road will be ready to open on the Thai Fathers Day, Monday, December 5.

The project has been instigated and organised by the Patong Development Foundation through the Patong Municipality. The road became an agent priority for Patong when part of the main road, on the way up the hill from Kathu, collapsed on October 15 after some torrential rain hit the island. With the main route for traffic into Patong partially cut off business stakeholders in Patong, lead by the Poison Group, kicked off the project to raise around 12 million baht needed for the alternative road.

Motorbikes and small cars are now doing some test runs but larger vehicles won’t be allowed to use the new road.

The new concrete road involves a dangerous U-turn and track back to the turn-off point, and then another even more dangerous crossing over the traffic coming up the hill from Patong.

Much of the road was already established by locals but was not properly made or maintained. The new concrete alternative is unlikely to form much of an alternative once the newly repaired Patong Hill road route reopens, probably early-January at the current rate of repairs.

Repair works on the section of the Patong Hill road that collapsed on October 15 is progressing slowly, but surely.

The new bank of soil that will form the foundation for the repaired road is 3 – 5 metres from the original road level, having been built up again from the bottom of the hill. Yesterday new irrigation pipes were installed to help carry run off water from the road away from the newly established foundations.

The construction contractors were hoping to have the repairs finished by mid-December but last week’s heavy rains have delayed that schedule. 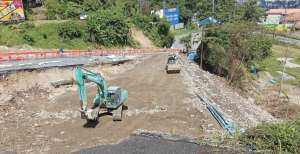