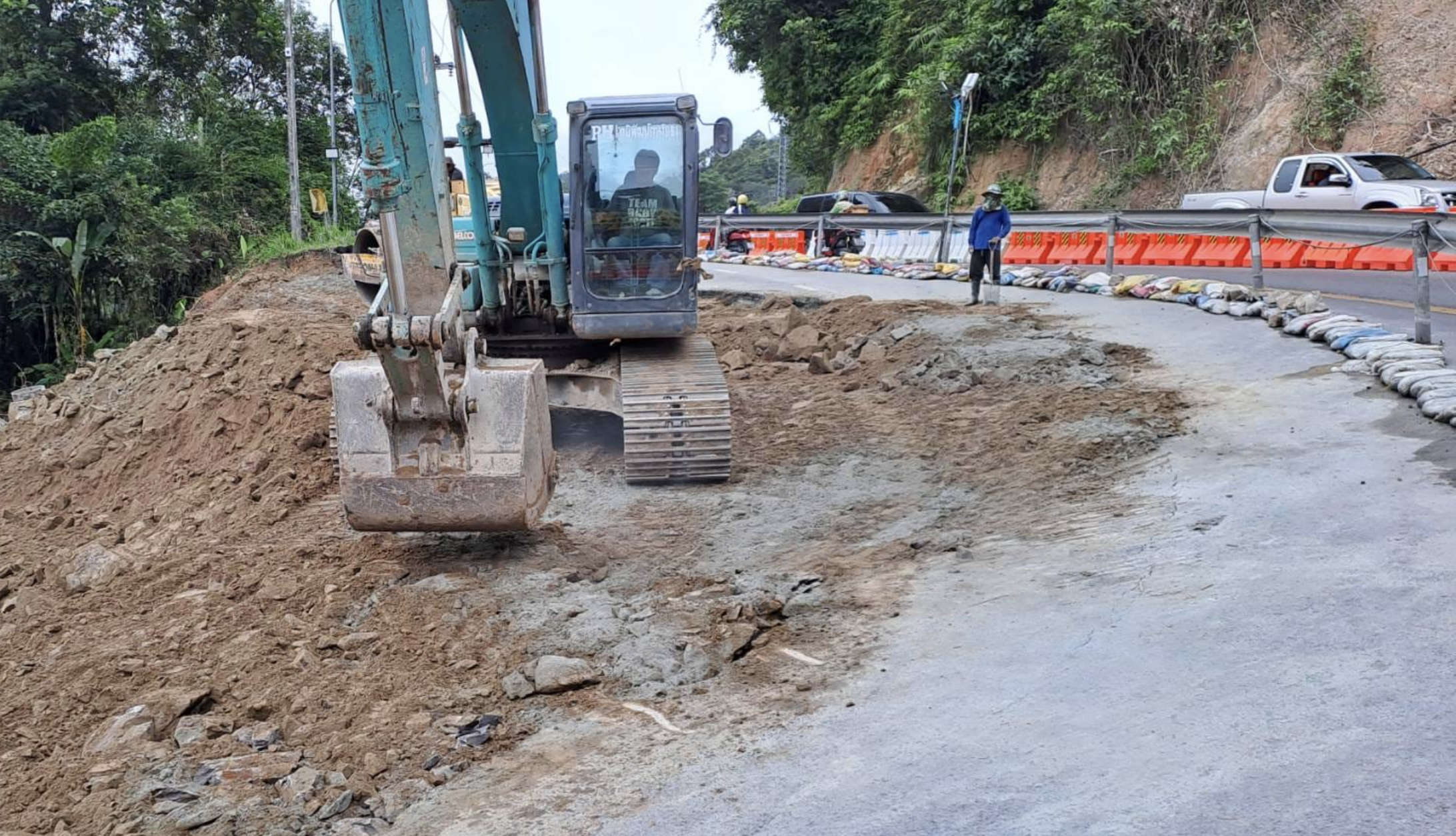 Merry Christmas. Your special gift is the full reopening of the Kathu to Patong side of Patong Hill Road. Following the October 15 collapse of a chunk of the road during torrential rain, hasty repairs have been underway, including the entire rebuild of the soil foundations that underpin that section of the road. Currently motorbikes and ‘small vehicles (which includes pickups and passenger vans) are allowed to use the road, in both directions, but one lane only.

New irrigation channels have been added to the new foundations to help drain away heavy rains in the future. Part of the repairs include a widening of the repaired section by an additional 7 metres, making the windy uphill road ‘safer’ and reducing the tightness of some of the turns.

Additionally, new power poles and CCTV cameras are being installed to help monitor traffic and road conditions for the uphill traffic out of Kathu, heading into Patong.

The repairs are reported to have cost around 21 million baht and, with a December 25 opening, makes the completion time just over 2 months, outside the promised 45 day repair timeframe from the Phuket Governor.

An alternative road, which opened last Monday, and funded by the Patong Foundation, will continue to provide an alternative to the uphill route should there be any disruptions to traffic in the future, or as an option during heavy traffic times. The provincial electricity suppliers are looking to install street lighting along the alternative route which starts at the small soi into the Phuket Card Speedway, opposite Tiger Kingdom, and rejoins the Patong Hill Road at the top, opposite the Chinese shrine.