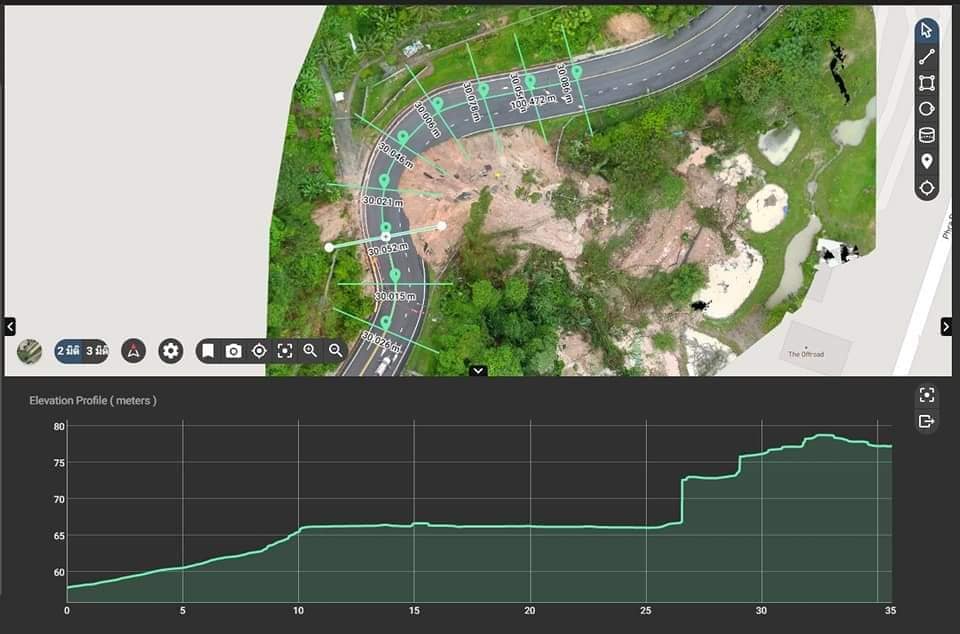 Soil tests have confirmed that the soil in and around the collapsed road going up Patong Hill from Kathu is still “unstable”. They’ve also determined that the remaining road isn’t even safe for pedestrians at this stage.

a 150 metre section of the Patong Hill Road collapsed last Wednesday afternoon, with officials closing off access to the entire road shortly after. Initial inspections, and a bit of official hubris, determined that they would get the road open again “in 7 days”. That deadline is now thought to stretch out for many months, probably missing the entire tourist high season and leaving Patong without its usual access over the busy hill road.

You can still reach Patong from the north (to Kamala) or the south (to Karon) but the result will be increased traffic on roads unsuitable for high traffic volume, and long distances travelled by Patong tourists to access shopping, tourist activities and tours on the rest of the island.

“The result of soil drilling. It is not safe. Ready to collapse at any time.”

According to a story published in Phuket Power News, “it was found that the material is loose sand (loose sand) spilled around the mountain canal. The underground water level is high.”

“There is a risk that the (remaining) road will collapse.”

Last week’s record rains, that started on Saturday evening, October 15, have caused degradation of many of the island’s roads, numerous landslides, including along the Patong/Kamala coastal road, along the busy By Pass Road and streets in Phuket Town. 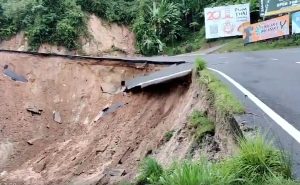 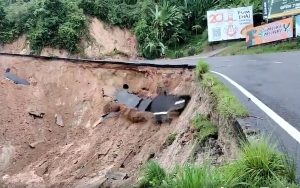 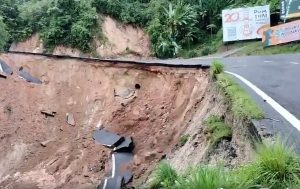