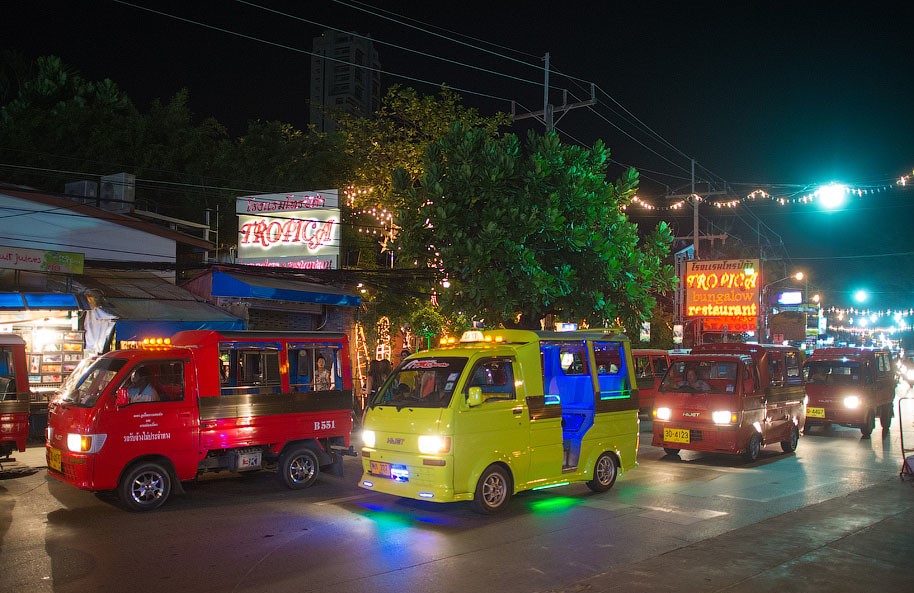 “This is unacceptable. We have warned you.”

After two years of a pandemic that killed off international tourism, it would appear that Phuket’s so-called taxi mafia have learnt little. While the island is starting to welcome back the first post-pandemic tourists, it seems some local taxi drivers have lost no time in reverting to their old practices of in-fighting, monopolies and skullduggery.

Phuket’s taxi and tuk tuk ‘mafia’ have been legendary on the island for enforcing ‘turf wars’, surpassing any competition and even fending off attempts from officials, the police and army reduce their impact on the local transport services. For example, a taxi trip in Phuket will cost you, on average, three to four times more on the island than the same trip would in, say, Bangkok.

The Phuket Express reports that taxi drivers in the Patong area of Phuket have posted a notice “warning” other drivers about “stealing” customers. It’s understood the notice appeared in front of a hotel in the Kalim Beach area, on the northern outskirts of Patong. The notice, which tells drivers not stationed in the area to stop picking up passengers there, has now gone viral on social media, most likely due to its ominous tone.

“To other taxi drivers, please avoid picking up customers in this area as you do not respect us. You have asked for lower prices from customers than normal. We are struggling with our jobs. You have stolen our customers. This is unacceptable. We have warned you.”

Netizens have complained about the notice, fearing it will cause more problems and damage an already fragile tourism sector. Social media users have called on police and officials from the Land Transport Office to investigate the drivers responsible.

Taxi and tuk tuk prices have been artificially set by a cabal of powerful businesspeople who control much of Patong’s hospitality industry. In Thailand, all taxis are required, by law, to use their meter. In Phuket you would be very lucky to find a functional taxi meter, or at least one a taxi driver is prepared to use.