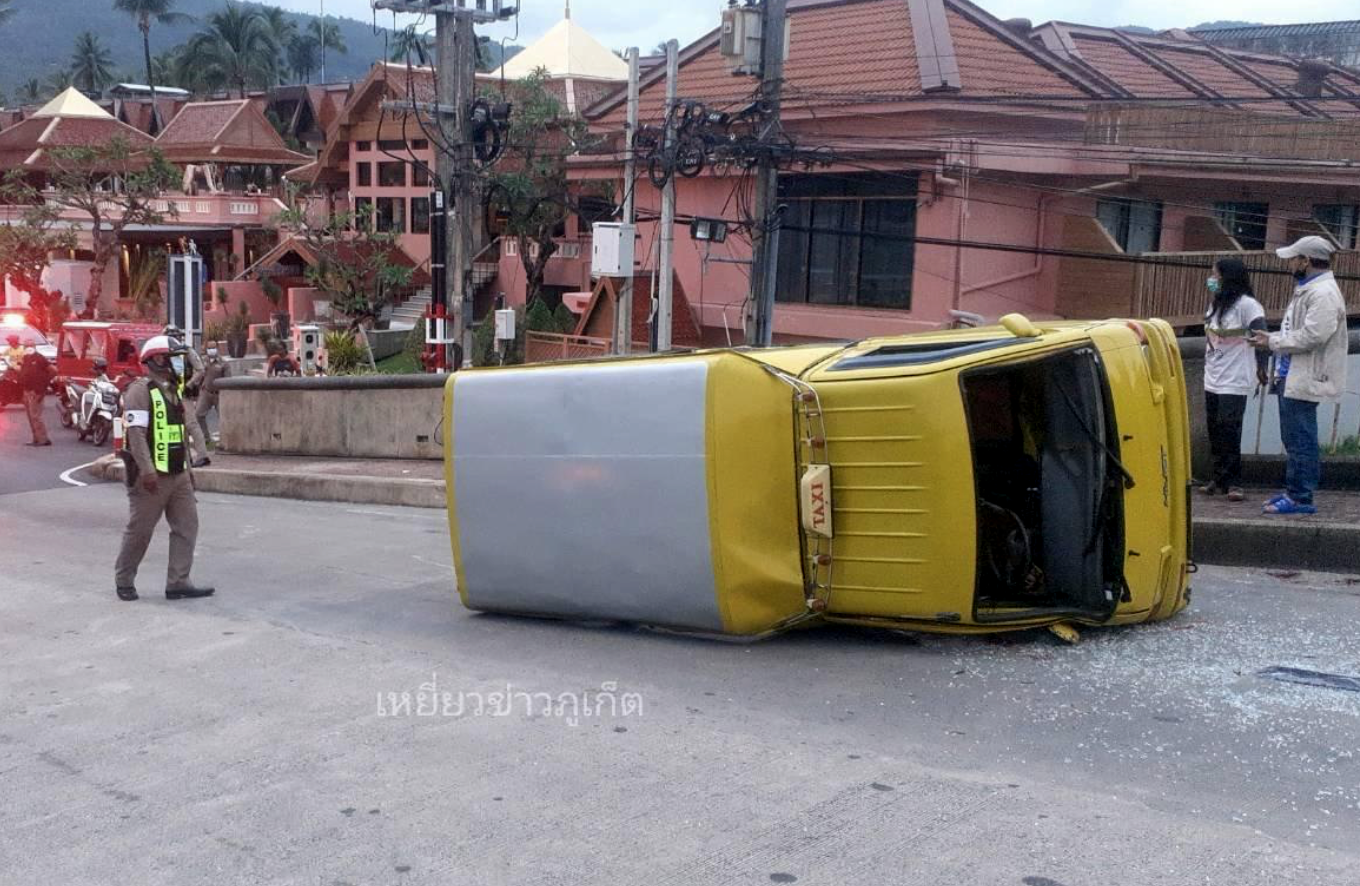 Patong Police were notified of the incident at 6:30pm on the crossing between the Patong Beach road to the southern Patong hotels at Tri Trang Beach.

Police arrived at the scene to find the overturned Tuk Tuk taxi laying on its side. Five foreign passengers had escaped the overturned vehicle and were standing around helping police with their enquiries. Three people sustained minor injuries, including the driver and were taken to a local hospital.

At the time, there was no one able to help police understand how the yellow tuk tuk could have overturned on a flat piece of road, although there is small bend in the road before the bridge which could have been responsible if the tuk tuk was travelling at high speed. 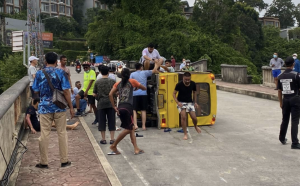