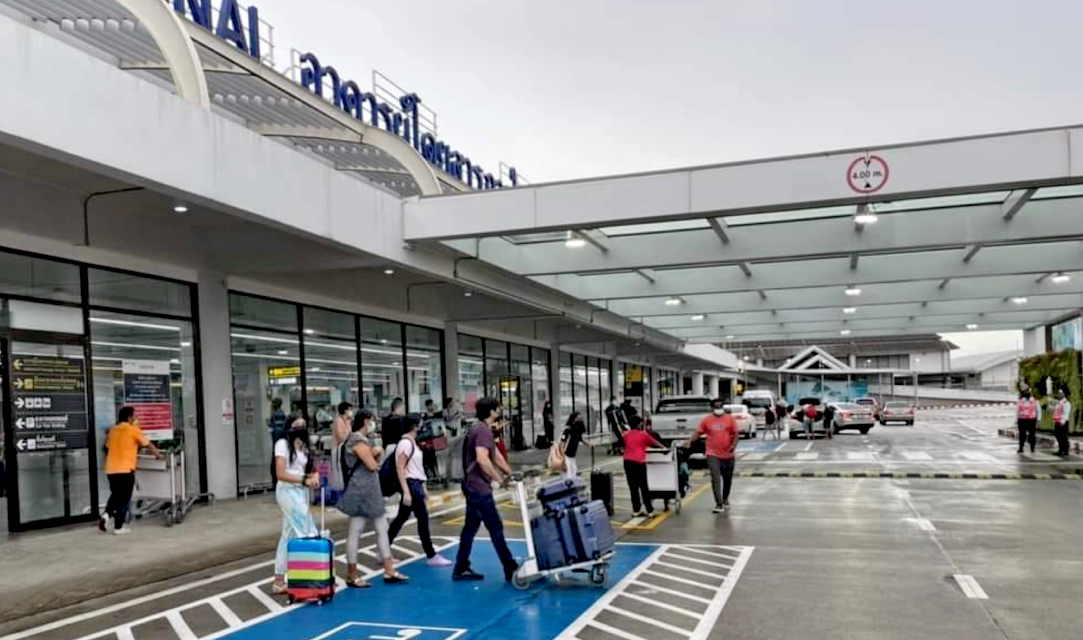 Phuket Airport has been forced to issue a statement clarifying why arriving passengers were ordered out of their pre-booked minivan and told to take a “registered” airport taxi instead. The much-publicised incident was another bad look for the Airport that continues to protect the cabal of taxi and van drivers that control transport from the island’s airport.

The Phuket Express reports that a video of the incident went viral on social media yesterday, accompanied by the following post.

In response, the airport issued a press release to explain that the minivan driver was not authorised to pick up passengers at the airport.

“Yesterday, a minivan taxi arrived at the domestic terminal to pick up passengers who booked via an online application. Phuket Airport is an aircraft control area as stated in the Ministerial Regulations. The minivan driver has offended the regulations.”

The statement went on to say that taxi drivers must be registered with the airport in order to pick passengers up and that this has been communicated to both passengers and drivers.

“Taxi vehicles are not allowed to enter the airport except when they have permission from the airport. The airport has a registration system for taxi drivers. Regulations have been clearly communicated to passengers and taxi drivers.”

Despite the airport’s explanation, there has been much anger on social media, with netizens saying the policy of forcing drivers to register with the airport limits customer choice and allows the extortionate and unfair taxi and van prices to flourish. Social media users argue that arriving passengers should be able to decide who they travel with and how they book their taxi.

If you want to use transport, other than the Phuket airport’s “official” and “registered” transport, then you can take the 2 minute walk out of the airport and take whatever transport you choose, including Grab and Bolt, or a private operator.