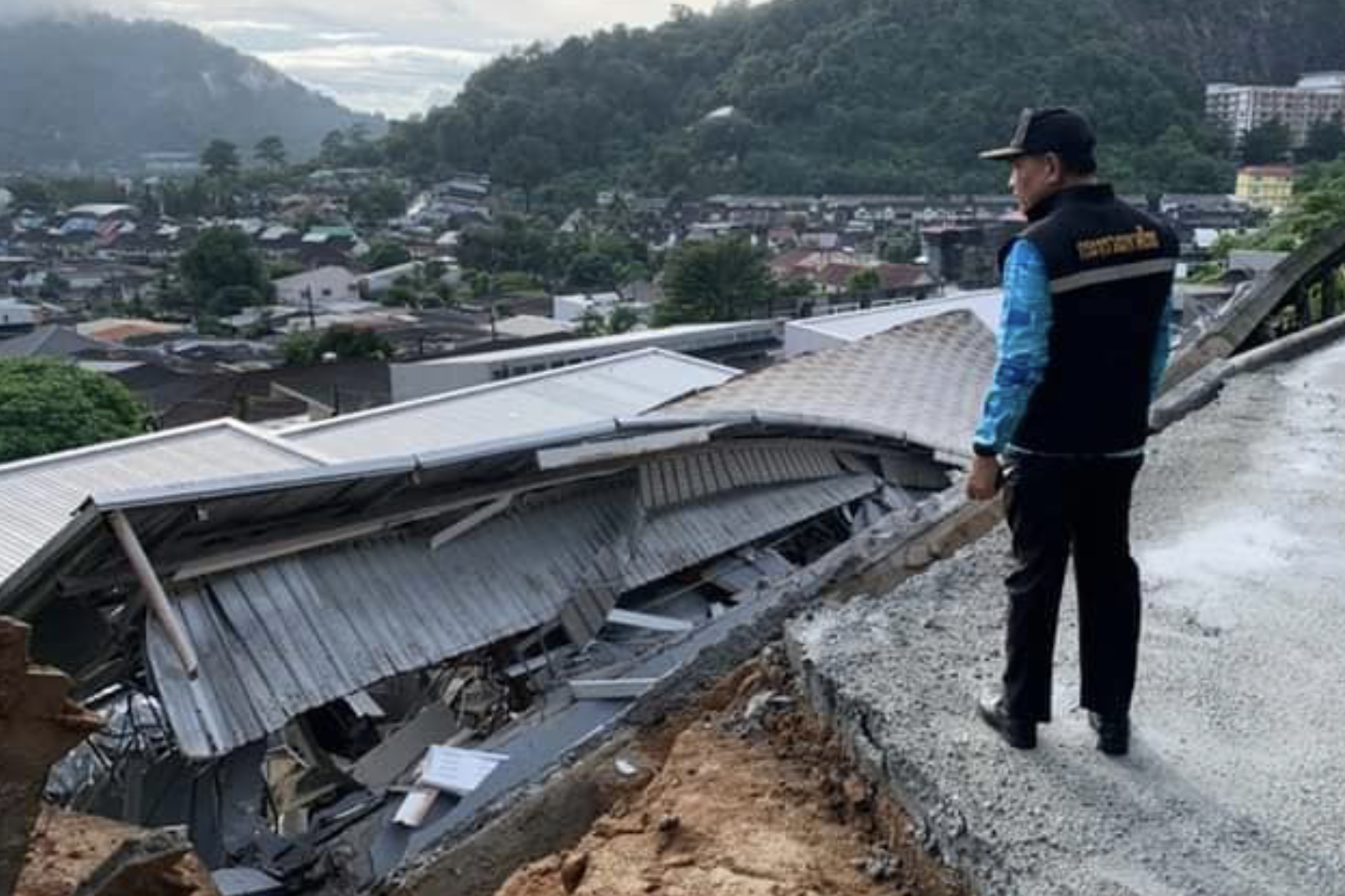 A 32 room apartment in Samkong, north east of Phuket Town, that collapsed as a result of the heavy rains undermining its foundations this week, has now been ordered to be demolished and removed.

Now the apartment has been ordered for demolition after an inspection yesterday. The building suffered a catastrophic collapse and is now a mess of concrete walls and tin roofs.

Clearly the building was impossible to repair and the owner was issued demolition orders in the wake of an inspection by city engineers.

The Rassada Mayor Nakarin Yosangrat told The Phuket Express that the building was now scheduled for demolition and removal from the property.

“The building is 100 percent destroyed which cannot be repaired.”

Residents were given warning of the impending collapse of the building as cracks started developing around the property following days of torrential rain from last Saturday night. The building finally collapsed on Thursday night after residents started clearing out of the apartments for fear of a collapse as “loud noises” were heard and more cracks developed around the building.

Once a major concrete support beam at the front of the property, the building’s fate was sealed as its foundations had been washed away from under the apartments.

The owner has, at this stage, not commented on the insurance situation of the building.

The apartment building was built on a hill on Soi Praroon 2, off Yowarat Road. 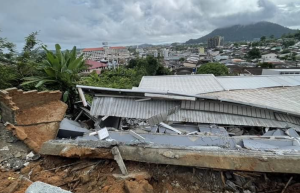