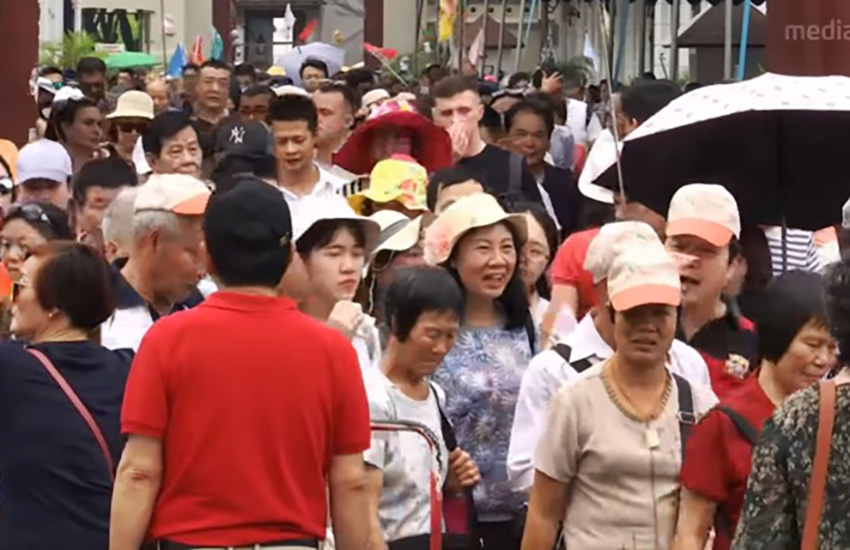 Supply and demand, always a critical issue for Phuket’s tourist-reliant economy. Pre-2019 there was a half-decade of oversupply in both staff and room keys. Now that situation has radically reversed with 30-40% of hotels still closed and critical staff shortages in many industries.

Up to 1 million Chinese tourists are expected to visit Phuket during the course of this year, according to the president of the Thai Southern Hotel Association. And while that’s good news for revenue, it poses a challenge for the island’s businesses as they continue to struggle with ongoing labour shortages, even while the arrival numbers are around 50% of the 2019 averages..

According to a Phuket Express report, Suksit Suwanditkul says it’s likely the Chinese will start to arrive in bigger numbers during the second quarter of the year, as opposed to the first, due to the ongoing Covid situation in China. And even though Phuket can expect to welcome around a million Chinese visitors this year, this is still well below the pre-pandemic number of 3 million in 2019.

A very pressing issue for tourism operators in Phuket right now is the challenge of labour shortages, which Suksit says is still getting worse. The issue has not been helped by the need to hire daily workers for New Year’s Eve, which led to pay rates surging to up to 1,200 baht amidst tough competition to secure labourers.

The short term solutions are pushing up the costs of everything from room rates, to tour costs, car and bike rentals and restaurant food bills.

And it’s not just enough to find and hire people – they need to have the right skills and in many case, formal qualifications. Training in some industries can take months and years.

“The shortage is severe in the massage and spa businesses because it is specialised work that requires labourers with licences who have undergone training programmes and have a minimum working experience of 150 hours.”

Suksit says the lack of trained masseuse staff is affecting revenue in spas and massage parlours, despite the return of international tourism.

“Even though there are more foreign tourists and businesses have re-opened, revenue for massage and spa parlors has only increased by 30% due to the lack of staff to provide services.”

Meanwhile, Suksit is calling on the government to mandate adequate health insurance coverage for visitors from China, so that Thailand’s healthcare system does not come under pressure. He’s also calling for mandatory pre-departure PCR or antigen tests for tourists arriving from parts of China with high rates of Covid-19 infection.