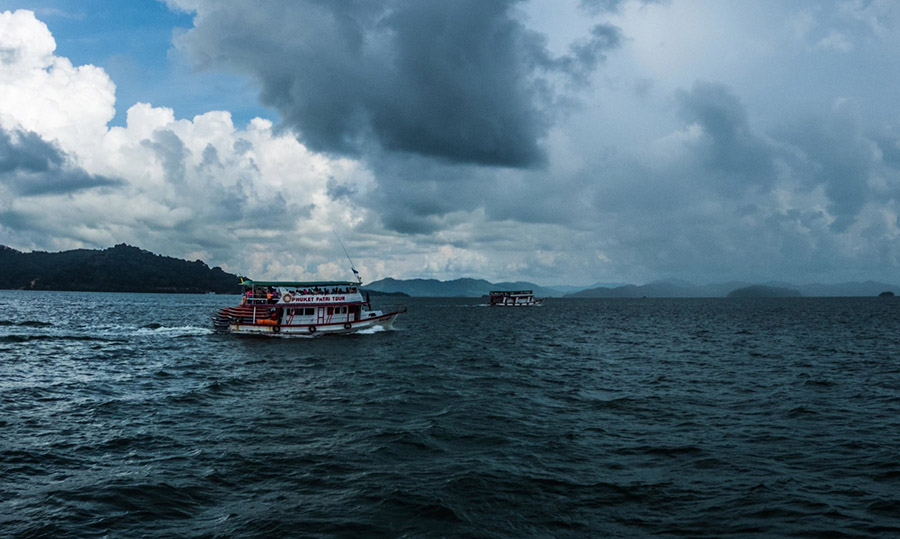 The Phuket Marine Office has issued a warning of heavy to very heavy rain between now and Saturday, coupled with the possibility of strong winds and big waves in the Andaman Sea.

“Boat operators are advised to proceed with caution and small boats are being told to remain ashore.”

According to a Phuket Express report, the notice was issued by the marine office chief, Nachapong Pranit.

“The Thai Meteorological Department reports possible heavy to very heavy rains in most parts of Thailand until October 1 due to tropical storm Noru. Strong winds and waves in the Andaman Sea more than two metres high. Boats should proceed with caution and small boats should keep ashore until October 1.”

The heavy rain that will affect most parts of the country is the fallout of typhoon Noru, which made landfall in Vietnam last night and into the early hours of Wednesday. The typhoon barrelled into Vietnam bringing high winds and torrential rain. There have been reports of high-rise buildings shaking in the central city of Da Nang and trees being felled by strong gusts.

Noru is expected to weaken to a tropical storm by the time it moves across Laos and into the north-east of Thailand tomorrow, bringing more heavy rain to a region already severely affected by flooding.

The major affect in Phuket is likely to be increased rain for the rest of the week. Phuket-GO will continue to keep you up to date with any important milestones regarding the tropical storm Noru.