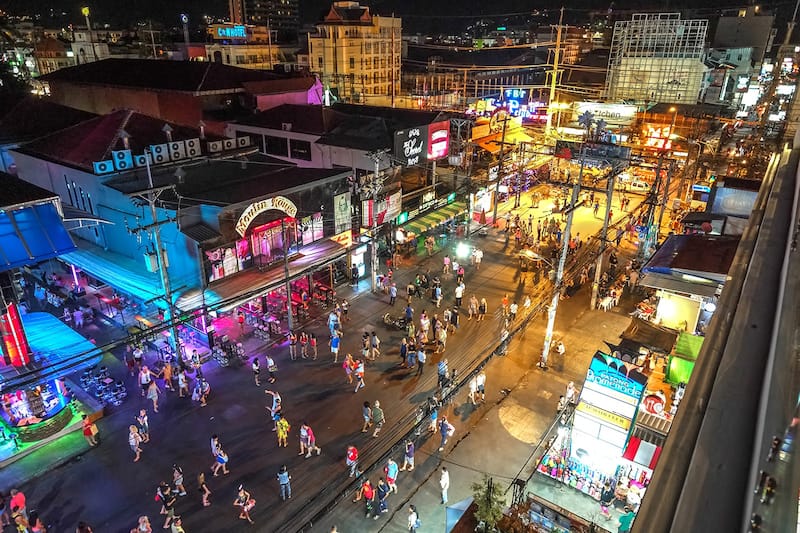 A cannabis seller on Bangla Road in the tourist hotspot of Patong has been fined 1,000 baht for selling cannabis without a licence. According to a Phuket Express report, Patong Police say they were contacted by members of the public who expressed concern at the number of people openly selling cannabis on Bangla Road, not necessarily legally. Officials are even wondering if there is such a document as a cannabis retail license.

Police chief Sujin Nilabodee has called for an investigation into the illegal sales, adding that officers arrested a 25 year old man named only as Kittipong. Police confiscated some dried cannabis and cannabis cigarettes, fined the man 1,000 baht, and took him to Patong Police Station to be charged with the illegal sale of cannabis. According to the report, the 1,000 baht fine is understood to have been for selling products generally, without a licence to do so, and not specifically for selling cannabis.

This could well be due to confusion among the police and others as to what exactly the law says when it comes to cannabis sales. Since the drug was legalised for medicinal purposes, a thriving cottage industry of people selling it for recreational purposes has popped up, with seemingly few consequences and much confusion about the legality or not of such ventures. 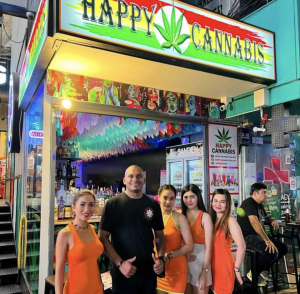 The confusion is only set to increase since the Democrats, one of the key parties in the government coalition, voted down the second reading of the Cannabis Bill in the Thai parliament last week, sending it back to the writers and demanding they clarify that recreational use of cannabis remains strictly forbidden. Democrats, as well as members of the Bhum Jai Thai party, coalition parter Palang Pracharat and opposition parties, also demanded that the decriminalisation, announced by the public health minister back in June, be rescinded.

It means the bill, which would have offered some clarity around the drug’s decriminalisation, is now dead in the water and its proponents must go back to the drawing board for a re-write. Police, too, say that the confusion is leaving a huge legal loophole whilst enthusiasts are embracing the confusion and investing large sums on money on cannabis-related commercialisation and cultivation.

In this article:Bangla Road, cannabis, is cannabis legal, Patong, Phuket, sale of cannabis